Some musings, as I seem to climb out of the Underworld...

I am not 100% sure of everything yet (I never seem to be, at least not thus far), but I think I am getting out of the Underworld phase of my initiatory crisis.  Here are some things I have recently mused about, in relation to my experiences:

-First off - the ouija board stuff... that was a doorway to a fate I would have faced, regardless of the direction my life would have taken.  I was born to be this spiritual being, and ouija was a tool to introduce me to my initiation.  So ouija boards... not evil things, just tools I don't want to bother with anymore, as I have more powerful forms of spirit communication now - vocal channeling, and spirit writing and drawing.  I think ouija board stuff can still go wrong, or at least open strange doors, but perhaps only with certain types of people - maybe types destined to work with spirituality in some way?  I see them more as neutral items now, rather than truly vile things, but one must still be cautious.

-Secondly - the visions of the Hindu gods phase... I notice that was something that came and went, and never truly resurfaced since the St. Jude invocation.  So what I gather is that Hinduism was another optional path that could have opened to help me, but when I prayed to St. Jude, I initiated a Christian path, thus I never saw or heard from Ganesha or Krishna again (even though I would go on to try working with them).  My Christian path is more "shamanic" than those of most Christians out there, but I still work with Catholic saints, angels, the Virgin Mary, and of course Christ Himself.  I see Jesus as the Sacred Masculine and Mary as the Sacred Feminine - working with both components of Divinity has helped me immensely.  "Shamanic Catholicism" is certainly not unheard of... it's just that Rome doesn't like the idea of it very much, based on my mild understanding.  Oh well.

-Next - this strange ungroundedness phase was probably a warning that the Underworld was still opened up, and it was time to move on with my initiation.  So today I concentrated my prayers on closing that door, while opening to the Upperworld.  We'll see where that takes me.  Like I said, the "mild chaos" was of absurdity, it seemed completely silly and unnecessary as lessons go, so I guess the message was "time to move on"!  In the Underworld, I seemed to destroy a demon, and I met my animal - the Cobra.  It was a brutal place where I felt like I was being sliced up, rotting with maggots, and tortured in many ways... probably this was a test of strength and endurance.  It later became comical, once Divinity intervened to help.  I guess I'll make more sense of everything later.  I do hope this is truly the end of my time in this place.

-Also - the dead demon's "field".  It seems I couldn't totally destroy it - energy can't be destroyed, right?  So I focused my attention on transforming it into something designed to serve Divinity, and that seemed to usher in a recent change of tone.  I will have to see how this, too, evolves.  "Satan" was still presenting as a sly, impish fellow, slightly Jack Nicholson-esque in character, and wouldn't seem to ever completely go away, no matter how hard I smudged or prayed.  So transformation time it was!  Now the interference is less overt.  Whatever he really was, he hated being killed by me, complaining that to be killed by a clownish goofball like me was embarrassing for him.  This overall story is so rich with comedy that I definitely think that if I do further comic work with another series, it MUST be based on aspects of my initiation.  Sister Penance may even be the protagonist, but I don't know what her story would be just yet.

My Akashic readings got virtually non-existent for a little while there, but they seem to be getting their mojo back again.  Probably they are still not perfect, but often people tell me I nail things, and premonitions have come true.  So I guess it'll just take time, practice, and further initiation.

-Saraƒin
Posted by Sarafin at 16:11 No comments:

Jesus was no hippie guru... he was a punk, and he fucked shit up: 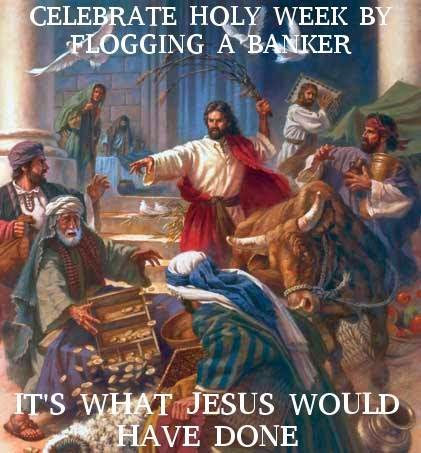 Also awesome is this image: 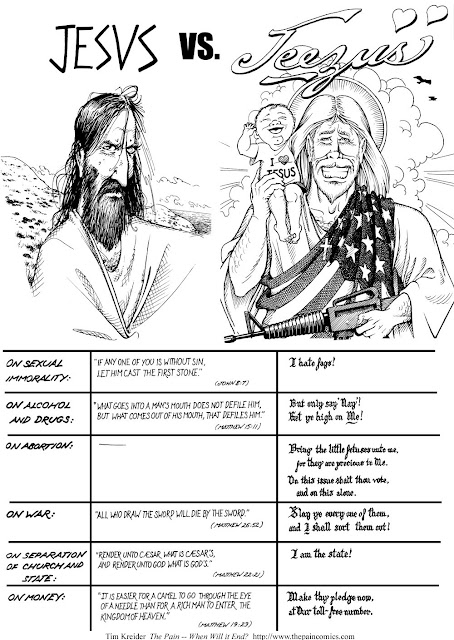 Fundamentalists get my chastity belt in a knot.  <_<

-Saraƒin
Posted by Sarafin at 18:14 No comments: 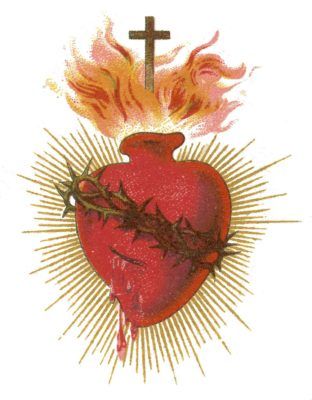 So I was getting slightly ungrounded again, hence the posts about the Divine playing with me.  This remaining evil field has been affecting my heart centre, a major psychic centre, which I had to figure out how to liberate.  I had been getting a lot of automatic drawings of hearts, with and without crosses in them, so I took it that my heart needed to be liberated from this, so I prayed to Christ for freedom, specifically referring to my heart centre.  I am now waiting on this, to see if there is a change.

I get really nervous when I lose groundedness, I have been there before and it is not a good place to be.  Mental institutions cannot be trusted to ground me, meds do not work on the soul, they merely tone down any phenomena in the mind, but they don't remove it.  I have been on the highest doses of the most powerful antipsychotic medications, and still I suffered greatly.  This is up to me to resolve.  I will never go back to a mental hospital again unless I am certain I am in immediate danger.  I am not in danger right now... I am just regaining my footing, before it gets out of hand.  80 mg of Latuda would be a reasonable dose if this was actually schizophrenia, but it's the soul that is fighting for sanity right now, not the brain.  Fortunately, I think it's turning around again, and I just need to take it easy and concentrate on this until it ends.  So that's why the comic has been left hanging.  When the soul demands attention, all else must be put on hold.  (I still believe I am winning the fight, though perhaps I hadn't completely won yet, like I thought I had.  I had more work to do with the Divine to stop this... I may have even further work to do.  I must play it by ear.)

The way the ungroundedness and darkness presented this time around was more silly than anything else... it was ridiculous, actually.  This suggests I have already, as I suspected, made a dent in this thing's effect on me.  This is a crazy game of trying to interpret phenomena to figure out my situation, and to understand how to proceed.  Contemplation, some meditation, and prayer (and sometimes smudge, holy water, and talismans... and channel and divination, when accurate) are my only tools.  No living person can save me but me.  I tried getting a shamanic exorcism done once, and it did nothing.  Sigh.

Oh well... I am still functioning very well.  I get out and socialize a lot while this is going on, I do my job, I'm stable mentally... the soul is just confused a bit.  I got a blessing from a bishop on Palm Sunday... I get lots of blessings from priests to help me as well.  I think I caught this early enough to be able to proceed without complications.

-Saraƒin
Posted by Sarafin at 08:42 No comments:


Still no major articles... I have been having quirky stuff going on, so I must concentrate on it.  I'll discuss it more later, as I figure it out.  Doing well, though.  No worries here.  The comic may still take a brief hiatus but I will get to putting up a hiatus notice soon, possibly within a week, if it comes to that.

-Saraƒin
Posted by Sarafin at 19:24 No comments: 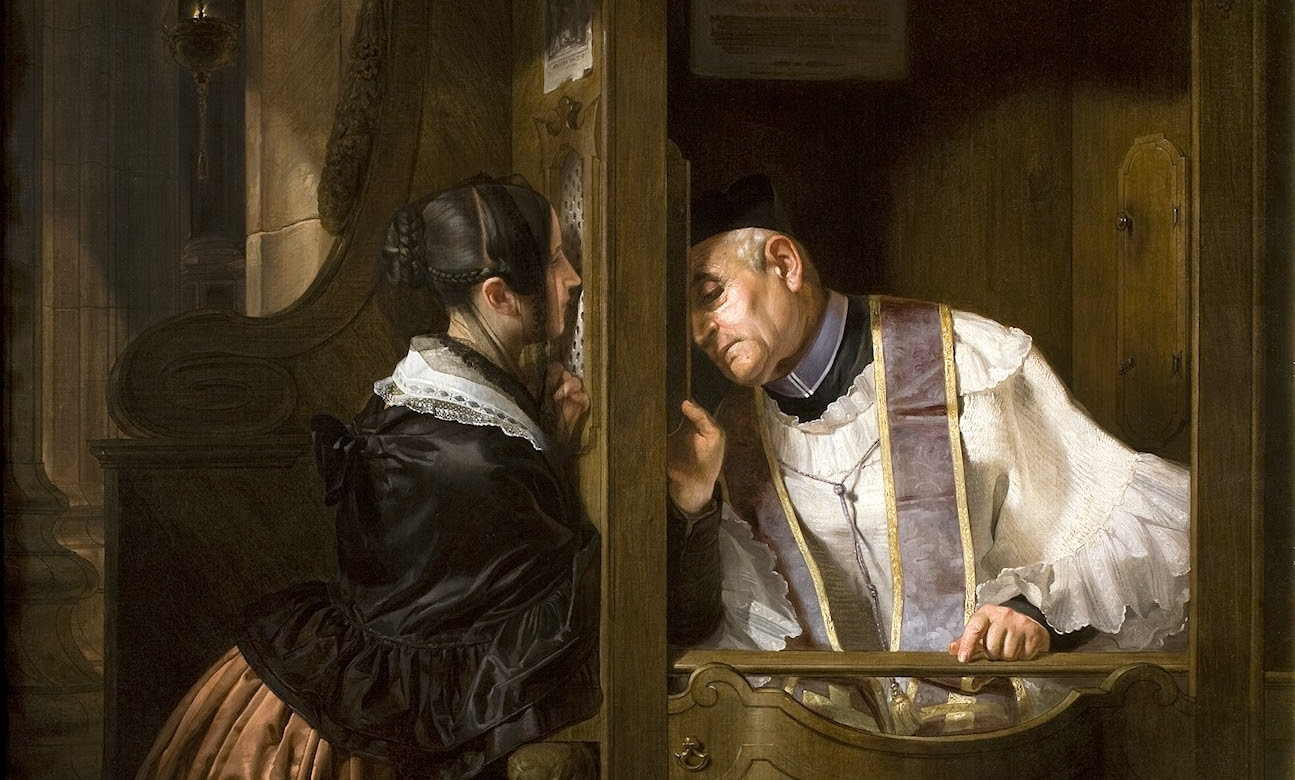 There's a chance I might go on another brief Asylum Squad hiatus, because I am dealing with some interesting spiritual phenomena at my end.  I wonder sometimes if Divinity is playing a little game with me, as part of a spiritual initiatory process.  Oh well - the best thing to do is to press on and see what comes of this.  I am in control of my life right now, and can cope with the strangeness - that is the important part, I suppose.  The cough is still going on, but with a second round of antibiotics, it's dying down.

"Confessional" time, on another subject altogether - I feel compelled to tell the world that my BPD diagnosis (the one that wasn't accurate) was never actually clinical, it was me applying it to myself (teens will be teens), maybe a social worker agreed with me.  I faced systematic ruin in part because of this nonsense.  Psychiatric diagnoses have so much power over people's lives, and this one wasn't even real.  That's part of why the Mad Pride movement has been so important to me - talking back to this idea that people can be summed up with clinical labels, and treated a certain way because of them.  Mine wasn't even real, and yet it still seemed to stir a reaction.

Remember, kids: self diagnosis isn't cool.  It can really backfire if the wrong people take it seriously.  We live in an age of idiots with too much power.  What happened with me was unimaginably insulting... I have no words.

Sorry these articles have not been the most interesting as of late... I have been busy socializing.  Maybe I'll have something more interesting to say soon enough.

-Saraƒin
Posted by Sarafin at 14:34 No comments: