Assumption of the Godform, and premonitions... 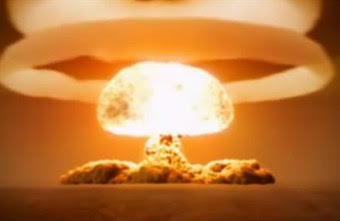 Something interesting happened recently when I was out and about, away from lockdown at home.  I went to a Shoppers Drug Mart to browse for makeup supplies, when I felt an astral skin come over me, in the form of Sekhmet, and began to channel Her telling me to clear out, for there were COVID-19 infected people in the same location.  Being a protector of the pharaohs, and also a goddess of plagues, I had asked for Her protection from the pandemic, so I guess this is how She will warn me to avoid it.  I realized upon leaving that drug store that it was also a COVID-19 testing location, so perhaps some people had it and were there, about to find this out.

I brought this up with a highly religiously educated friend and he remarked that it's called "assumption of the godform", something I wasn't aware about, other than I had experienced it.  It's like I take on the shape of this goddess as an astral mask, She comes over me, and I channel Her.  It's happened on and off, and I was comparing it to "shapeshifting".  I can kind of will it on and off by concentrating on Sekhmet, but usually it's spontaneous, when She has something to tell me.  Often my posture changes with it, the spine goes erect.  New phenomenon to study!

I also just figured out one of my spirit drawings, one that was a bit of a mystery - it's a mushroom cloud.  Kind of worrisome - am I seeing a premonition of nuclear war?!  It is a concern, with tensions on the world stage.  This one started up about a year ago.  I am also suspecting that America might be involved somehow, but that detail isn't as clear just yet.  Other troubling symbols come though, including handcuffs and a padded cell.  But mostly, it's very positive.  I am certain that whatever happens, I will tough it out, and that my mind is getting stronger.  (These sigils must be taken with a grain of salt, and could mean anything, really.)

We are now into March, and the weather has become milder, mostly.  Perhaps I will plan another excursion to the Marian shrine, a very powerful place in this city.  I want to go on a very warm day, so I can stay longer.  It's wonderful that a power centre such as this isn't ruined by crowds, because only a handful were there whenever I have visited.  Not like Lourdes or Fatima, which are much too touristy now.