Kundalini, as a teacher... 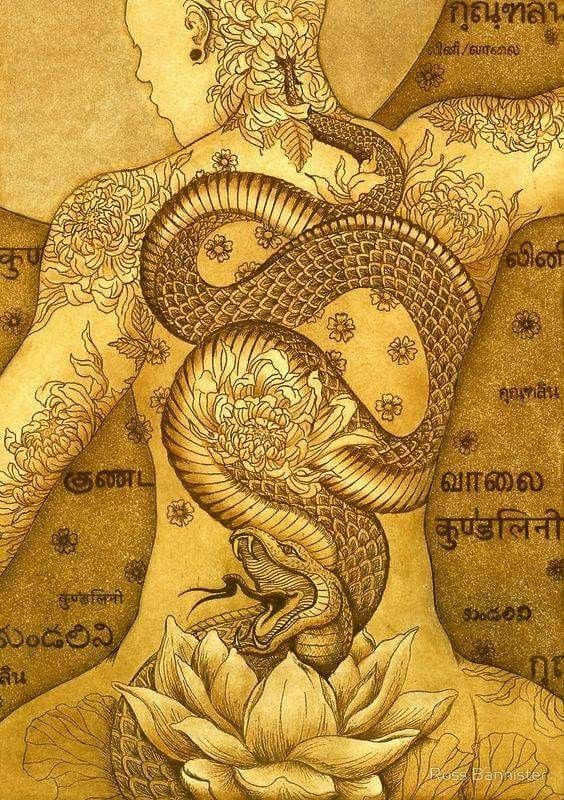 The positive results of the psilocybin continue, as I feel I can relate better to others now than ever before, and I find the words to express myself with greater ease.  I was contemplating why drug highs, which were once so amazing during my awakening, became horrid after a while, and I recall what several pandits have said about kundalini, serpent power, or whatever term you want to use for the evolution of consciousness = that sacred feminine that surges up the spine to invoke heightened awareness in the brain.  Kundalini might teach you lessons about personal betterment in a way that you will hear them, and one thing She often does is make former pleasures horrible, if they aren't good for you anymore.

When I was at earlier stages, THC was mindblowing - I had some of the most fascinating highs, where I'd go into visionary trance states which were cartoons that were so hilarious and fun that, like a Teletubby, I would demand to return to that state whenever I could - "AGAIN!  AGAIN!"  I think the message with that was that THC helped me ascend, up until a certain point, but after that point, kundalini made the trips so awful I finally had to learn to butt out, because it would just become a toxin in my life, and nothing more.  Those highs, I think, were designed to coax me to consume more, until the plant had worn out its welcome as an aid.  (I had thought before it was something of the diabolical entity playing tricks on me, now I suspect it's just kundalini related.)  I think the same goes for psilocybin now - something powerful happened in my mind with the second dose, but now I want to stop, because it's probably just going to feel like shit from this point on.  (I liken what I'm feeling happened with psilocybin recently to booster cables to a car battery = giving me a chemical jolt to urge the process along.)  Kundalini hated my cigarette smoking, and created a fictional demon that was a decaying, floating horse head that was super creepy (which is what Armananstantanu was based on)... the demon went away once I learned to quit, and I assume it would return if I was dumb enough to start smoking tobacco again.  Even alcohol can only be consumed by me at low levels, or else I will get a headache.  I used to be able to curb these headaches with ibuprofen, but kundalini said tsk tsk, and since then She keeps them going, even with a pain killer.  She saw what I was up to, and wouldn't let me get away with it.  So now I consume less booze, and as a result I suffer less.  It sucks being a mostly Irish kundalite!  <_<

Even diet can change.  I grabbed a poutine yesterday, but couldn't get through it - the starchy texture grew to be as appealing as gnawing on hamster cage wood chips mid way through the meal, and I had to dump the rest in the garbage.  Kundalini's mission is to refine the person, and that will include forcing them to make lifestyle choices that are better for mind, body, and spirit.  Seeing as I'm a lazy Taurus that delights in things like cheesecake and sitting on my ass, this could change everything about my habits as I ascend further.  I made the conscious choice to reduce sugar intake for my 2021 NYE resolution, so that at least is going to help.  She would probably just make sugar too sweet tasting, if I hadn't done that.

I continue to feel a relief in consciousness since the second mushroom trip - it's like a weight has been lifted, and I am much more relaxed throughout the day.  I can feel things in my mind adjusting, but it's not disturbing, it's probably just chemistry at work with whatever unlocked in me recently.  I might also have to give up CBD, because kundalini probably won't want to see me keep smoking anything (if it's no longer medically helpful), so She might even make that feel weird.  I think that at other levels, it was good medicine, but if I am coming to a place where I won't need it anymore, She might make that unpleasant too.  So I might not even be consuming that for long either.  I'll have to see.