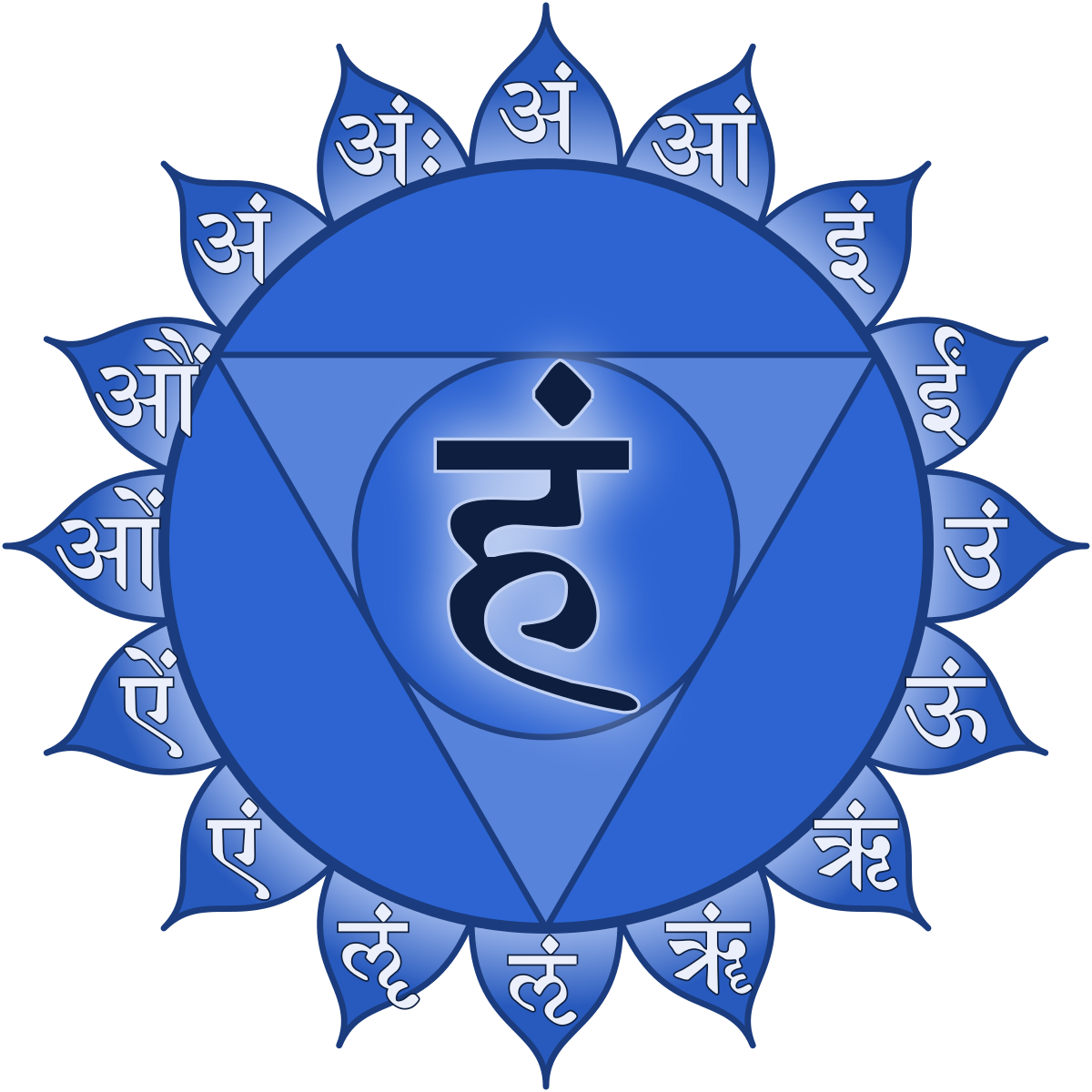 File this under weirdness, if you must - this is as strange as the siddhis post (probably), so I'm sure it's likely going to sound far fetched, but here we go:

I have been getting the sense I am connected to someone, something I have mentioned before, but I get a lot of strange phenomena from spiritual emergency, so I am just not sure how real this is... it might be nonsense.  I sometimes feel like I am channeling emotions from someone else, laughter, breathing... so, to play with it, I began to breathe out song rhythms to test it.  In response, songs came back, and it's been like a relay of trying to figure out what song is coming through.  I don't get the sense this is from a dark source, but I am not sure if it is real or not.  Still, it's been so interesting I felt like I must share it.  Some of the songs have been hilarious.

Vishuddhi chakra might be a bit funny BTW, so I have been smudging it with sweetgrass and calling for healing.  I began to channel what sounded like perhaps a dialect of Aramaic, but might have just been elegant tongues?  I didn't consider Vishuddhi's health for a while... it makes sense that if I'm a vocal channel, I should concentrate my healing on it if channel is hit or miss when I engage it.  It did feel under assault at one point in the past, and my thyroid is indeed an organ that needs medication.  I think my Ajna might be doing really well now, as is Anahata.  Even since the shrooms, I have had the odd moment where I just wasn't sure if things are moving forward, but this never lasts and I bounce back quickly.

Dr. Patch Adams called me today!  He received the painting safely, I am so happy he liked it.  What a pleasant surprise to get a phone call from him.

-Saraƒin
UPDATE: It seems I've probably fallen for unwanted psychic phenomena again.  This happens when consciousness expands... stuff will present that's irrelevant.  It's not exactly madness, it's a shifting mind going through transitions.  It can be mighty convincing.  I have to remember to take everything with a grain of salt.  This is tricky, knowing my psychic skills have basically been proven to me by what others have reported back.
Posted by Sarafin at 16:08