Another letter from Dr. Patch Adams! 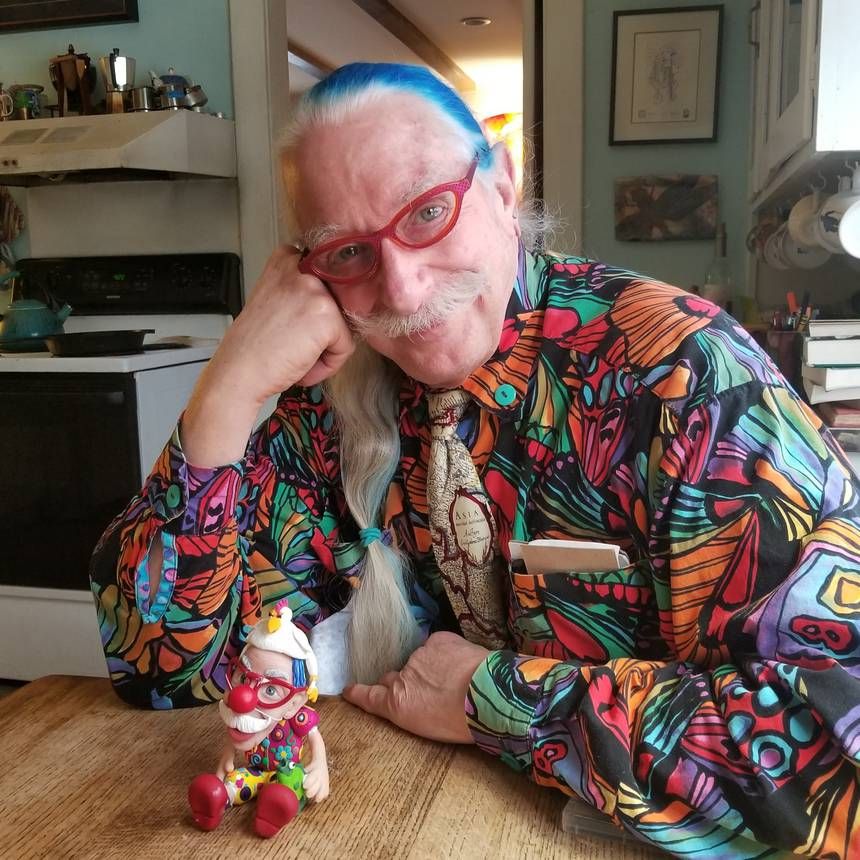 Whee, as Patch would say!

I received a second new piece of mail from the famous clown doctor!  He wrote that he was tickled by the end of my comic series, and expanded a bit more to me on his personal history with medicine.  Always a joy to hear from him.

Patch asked if I was willing to donate a painting for him to hang in his free hospital in Urbana, Illinois - I am of course more than willing to do so for this super altruistic man.  I have chosen to donate "Halaliel 1", one of my more recent pieces, because I think he'll like the meaning behind it, and I have a feeling he might dig psychedelic art.  I have already bubble wrapped it up, including a letter to explain what it's about.  Should be popping it in the mail fairly soon.

The psychological high continues.  It feels like a natural sort of high, nothing strange about it, I just feel really good as a mind, relaxed, and as though a massive load has been lifted.  It's as though neurology is relaxed, for the first time ever.  I'm going to give recent developments some more time, then I will probably do another channeling video.

Speaking of channeling, I recently got something really morbidly amusing from the Akashic Records.  I quite like that song "Blinding Lights" by The Weeknd, so I did a reading on it, randomly.  Something funny came out where it said that its driving 80s sounding beat has inspired many people to hop into their vehicles and tear down the highway, blasting it.  As a result, some have taken it too far and ended up in fatal (or near fatal) car collisions - the number I got was around 1500 people.  It was, apparently, a "thing" that happened regularly here and there in 2020.  I know it's terrible to laugh about something like that, but the cartoonist in me delights in the absurdity.  (I also psychically read that if The Weeknd knew this was a thing his pop masterpiece has led to, he would delight in how powerful that makes his song as an anthem, only to feel bad about feeling that way, later in life.)

Anyway, here's the song itself, in case you want to hear it right now - I know it's become a bit of a pop kirtan for me, and I rarely say that about music on the radio these days: