More thoughts on my "Catholic phase"... 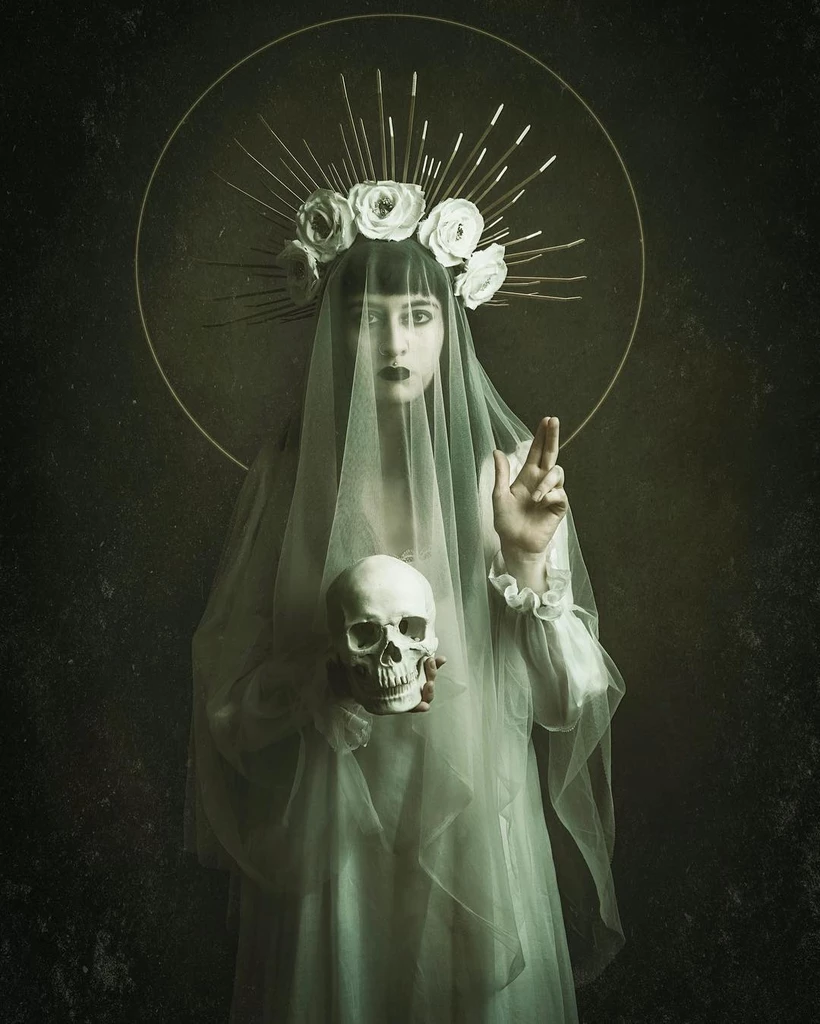 When Jesus spoke to me during RCIA class (that's Catholic school for catechumens = those who want to convert to the Catholic church), He said: "Dear, what are you doing here?  This class will bore you to tears.  Don't bother - you and I are friends, but you're a pagan!  Embrace it!"  That was the end of what I thought was a call to officially become a Roman Catholic.

I realized recently that what I was feeling wasn't a call, but a desire to become culturally Catholic, not religiously devout.  Invoking and working with Mary and the saints, as well as Jesus, and having the incidents with the rosaries (one that levitated, the other that transformed from pink plastic beads to milky white glass), feeling drawn to cathedrals and having great successes with prayers, anyone would develop a patron saint complex, right?  It wasn't exactly that I was seeking to be canonized, but I identified with the saints, especially those who struggled with diabolical forces.  Being culturally Anglican, though not super fond of some of what they're about either, they are a more progressive church, but compared to the Catholics, I see them as lacking passion.  They are like slightly nicer people in the clergy who are at least getting laid, some cathedrals are truly breathtaking, but they're too WASPy about everything.  (I still want to take a trip down to Mexico, or some other culturally Catholic hotbed, and see all the neat little shrines and chapels.  A friend often goes to Mexico and always brings me back St. Jude merchandise, Thaddeus being the most popular saint in Mexico.)  Because of how bland I have viewed Anglicanism, I felt a kinship (culturally) with Catholic devotion, something I have sensed anyway, and I have met others who have felt this too.  I even said this to a woman priest in the Anglican church, and she hinted that if women could be ordained as priests in the Catholic church, she might have gone in that direction herself.  Again, it's about passion.

I now get that I still feel excited about Catholic ritual and my relationship to God through my practice of it, and I have every right in the world to involve what I can of the faith.  But there's a limit to what I could do if I joined this religion - it would frown upon my Sekhmet devotion, and probably even my Krishna devotion.  So, I am a "Christo Pagan", I guess, because I adopt practice that works for me, but I am mostly doing magick in ritual, in ways that would be defined as pagan in nature.  This is not unheard of, and one of the more positive movements I have seen from the web is the "Christian Witches" movement, something that acknowledges the Goddess as well as the Christ.  I would like to see this movement expand, because effective Christian folk magick is VERY powerful, while the witch movement is also a healthy alternative to mainline spirituality, when it is done well.

It's sad to see a power as great as the Christ get bastardized by His own religion because of conservatism and fanaticism.  This power works with different people in different ways, and you don't even need to read the Bible to be involved with Christ in the mystical sense.  (I, as mentioned elsewhere, use the Bible mostly for bibliomancy and magickal incants, not as a moral guide.)  There are certain initiatory prayers and rituals with Jesus that may be required to align, and they are often in sync with church ritual, but I see no reason why one need conform to any church to be at least Christian-esque, without religion.  Jesus is about blossoming one's fullest potential, not about being obedient to church rules.  When I did a reading about what historical Jesus would say about some of His churches, the answer was that He would plot to kill some who are at the top of them.  Fascinating.

The cathedral I have frequented remains open to limited numbers (up to 10) during these pandemic times, so I popped in for a bit recently.  I know now that I am and always will be a tourist of the Catholic church, but that the saints, angels, Christ and Mary are still friends of mine.  And there is nothing wrong with that approach.