Suffering: Good for the psyche! (More on this idea...) 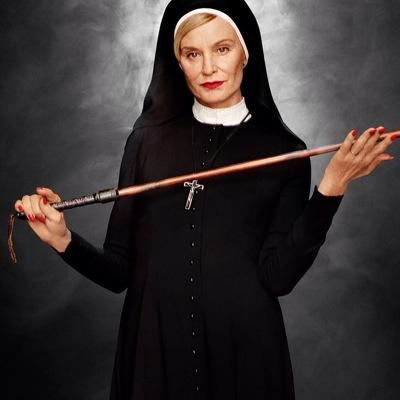 Suffering is something I have previously discussed as a means of personal refinement, but perhaps I should expand a little more on these ideas:

I have to admit, I still haven't completed my copy of St. John of the Cross' "Dark Night of the Soul" - a great read, but I just have a bad habit of always having a pile of half completed books at my side, because another book will always come along that will grab my interest, and then the last book is forgotten about for a while.  But the concept of the "Dark Night" is something I also read about thoroughly in Evelyn Underhill's "Mysticism: A Study in the Nature and Development of Spiritual Consciousness", a book I went on to complete.  Suffering seems universal to psychological/spiritual transformation, and we shouldn't be afraid of it when it inevitably comes into our lives.  The trick is - how are we to cope with it, and how do we channel it for betterment?  Suffering is a strange teacher that can be fundamental to refinement, something that many groups understand, including Catholic mystics, Buddhists, indigenous societies... yet modern western society has a desire to avoid it entirely.  What I'm going to touch in this article relates more to what I have learned of what it can do for one's psychology.

I have stated that the modern westerner suffers greatly in some ways because in the pursuit of comfort and luxury, to avoid inevitable suffering, they forget how to suffer well, and so in the end, they suffer even moreso when it eventually enters into their lives.  I have wondered about the idea that mental illness is more prevalent in the west - this is something that is statistically very true, I don't have the stats on hand, but have read time and time again that societies with structure based heavily on tradition, culture, and community often have stronger, psychologically healthier members overall, at least per capita, than in the west.  So, if certain parts of the west are as sophisticated as they are, with their brain sciences, luxuries, and social advantages, why is this the case?  One thing I have concluded is that western minds, due to the way we are expected to live, are not allowed to break down to be built up again properly, refining one's personality, so the mind doesn't find the resilience it needs to adapt to the stresses of life.  Some find it, but it may mean a certain kind of lifestyle that the west doesn't support yet for the masses.  When a mind begins to turn, as I suspect it probably needs to in some ways for personal refinement, it is often not allowed to follow through and move beyond this stage, because it becomes slotted as a diseased mind, and we treat it like a disorder, rather than an opportunity for growth.  This has been the model of sanity we have worked with - preserving what has been, rather than allowing a break from reality, only to work through it, and return to the world with a stronger personality, and a better sense of our real selves.  If only our society was structured to serve humanity more than it serves corporations - we might rethink the way we perceive "mental illness", and more people would find methods of eventually finding a way to move beyond meds and unhelpful psychological patterns.  The west keeps us imprisoned in our psychiatric pain because it frames it incorrectly, for the sake of getting us back to being productive citizens again, as quickly as possible.  It's fast food medicine.

Although I cannot name any specific indigenous communities off the top of my head, there are many who use certain rites of passage in their younger members, including scarification, walkabouts in the wilderness, vision quests, and fasting, to achieve altered states that work with them as teachers of the soul.  I had a kind of crisis of sorts - a westerner going through this in her mid 20s, complicated by an entity, but in the end, once I got the upper hand, the experiences refined me in many ways, and I continue to refine.  Catholics have historically used flagellation (although even St. John of the Cross called out flagellants as masochists, something that made me laugh a little bit), the Buddha tried starving himself.  It seems, however, that often this kind of self inflicted suffering is not even necessary - suffering will come your way, in whatever form, if you are a dedicated seeker, to be your teacher.

So that's great, Sister Penance, you may think - how do I deal with this, especially if I live in the west?  Well, one thing that I'm sure you'd expect me to say (and you are correct in doing so) is firsthand, you need a dedicated spiritual practice, one that suits your ways of navigating the world.  Being a cerebral person, contemplation was something I found suited me as a method, so a Christian path was a good bet for me, based on this and prayer.  Someone else would be better suited to a more physical path, with a form of yoga that suits them best.  It can depend on a person's cultural upbringing, but also, it can depend on the needs of the soul.  Whatever your practice, it should serve you to help process the pain, and find ways to adapt to it.

Also - you might have to adjust your lifestyle, like it or not, to embark on this, if the doors open to you.  A simpler way of living, strict dedication, changes in attitude, conduct, and lifestyle choices, may be absolutely necessary.  A 9:00-5:00 routine may just not be feasible anymore.  This may seem like a drag if your goals in life were material, but once you are well along the way, your riches in spirit and psychological renewal will far outweigh the alternative, and you will leave this plane with a finer version of yourself - something that is eternal.  Money, no matter who you are, is a loan... your body is also a loan.  Spiritual riches are yours for the taking, and they last forever, so keep that in mind when in doubt, when concerned about the direction your life is taking, if you have to be The Hermit for a while.

And, if things get too out of hand, remember that there is no shame in using some form of conventional method to weather the storm, like a medication or therapy.  But it's important to keep in mind that most psychiatrists are trained to perpetuate outdated myths of the mind, and about what to expect from a psychological problem, as far as overcoming it.  So take what they say with a grain of salt, unless you find someone special to work with.  Kind of like how I take what Catholic priests say with a grain of salt when I go to mass to enjoy the presence of the Spirit!