Channeled insights on Heaven and Hell... 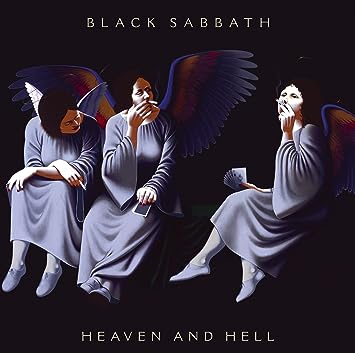 Some more stuff that came through channel - worth it as food for thought, this time about Heaven and Hell.  Thought I'd compose another article to explore these ideas:

Christendom tends to view Heaven and Hell as places one goes to after dying - if you are good, you go to Heaven, if you are bad, you are punished in Hell.  I find these basic understandings make no sense, especially considering the kinds of Hell saints have experienced, people who were destined for Heaven.  Even Jesus was said to have descended into Hell.  While channeling, I received a message that Heaven is not a place, but is rather a state of bliss that presents to the soul as if it were a place, and is a bliss based on the very things that said person found to be enjoyable.  So, I guess rather like life itself, it's like a kind of a dream, a very good dream, and it can be attained from adhering to the right path meant for one's soul, and some Christian techniques (depending on what they are) often help a person achieve this bliss state, if the Christian path is right for their soul's journey.  Since Heaven is exactly what you desire, the Marquis De Sade, provided he made it into Heaven, might have seen whips and chains, fire and brimstone - so Heaven might look more like a death metal video if the person was naughty in some way.

Hell, on the other hand, is a state of horror, and can happen if things go wrong with the soul, particularly if one is involved with the corruption in Spirit.  Hell is not a punishment, Hell is a flaw that should not exist.  It also presents as a place, and is exactly what you don't like - so a person who has a hatred of Hello Kitty might end up being tortured in a weird way by her as a result.  I am getting that eventually Hell will cease to be, when God can correct the corruption, because it is not what God wants, it's a byproduct.

So what punishes the wicked, correcting them?  Karma's job is to be the great teacher and corrector, I am channeling - karma will punish true sinners through events and lifetimes, and reward those who advance their souls correctly.  I think Buddhist philosophy holds some fine examples as to how to work with karma better, no matter the path of the seeker.  I am Christ oriented, and I still find gems in Buddhism in this regard.

Another thing about sin that I channeled - it is a highly confused concept in Christendom as well.  Sin is a byproduct of creation, and the corruption is a result of a flaw being generated during the creation of time.  Sin affects everything, leading to negative acts and deeds, but I think Christians get this wrong because I see it as something affecting everything that can lead to "sinful" acts, one should try to avoid committing these acts, but so much is labeled sin, of course, that shouldn't be.  Original sin is just the corruption that exists in nature, and through practice one can purge themselves of this corruption, moving on to better states.  Prayer and knowing what to pray for from using contemplation techniques can help one to be rid of sin, and to relate better to the world.  Karma and sin are not the same, but sin can influence karma and karma can go weird due to sin.

Interesting food for thought.  I wonder what a priest would think of these ideas!