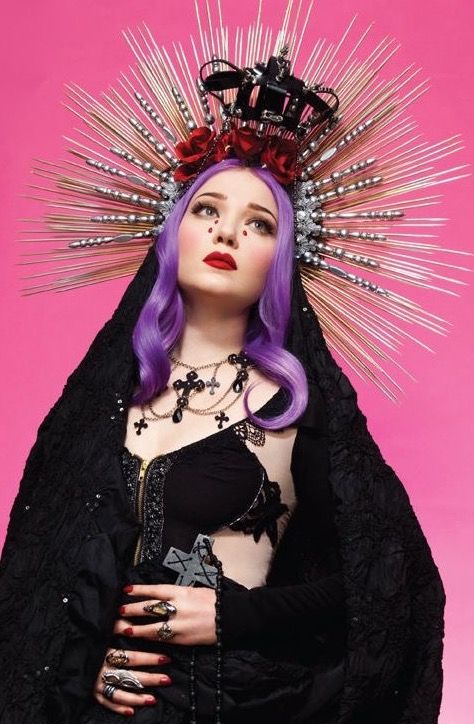 Since developing spiritually after what came of me with my religious problems, after reaching a certain level of growth, I have a driving urge to pursue the holy life, but perhaps in a way that works for my character, the personality of an alternative art chick.  As I have mentioned before, I am likely not suited for the monastic life, though I like to stay in convents from time to time to take in the atmosphere... I still desire to see the world through the eyes of a saint.  I am not calling myself a saint right now, only that I aspire to be one, or to get as close to saintliness as possible.  I want their joys, their religious highs, their insights, their power... I want to see goodness where others can't, I want to be at peace with the way things are, no matter how hard things get.

I saw in 2006 a damned world approaching, or at least a troubled one, and I knew that at the level I was at during that time, I would not survive as a mind.  Pursuing the typical western capitalist thing just didn't seem as appealing a lifestyle as it might have at one time... my old pursuits seemed hollow and dissatisfying, and any art I could create wouldn't mean much in the grand scheme of things without the self awareness I would need to make it strong.  Clearly, I needed to grow, and this became extremely evident as soon as I was spiritually attacked.  So, it wasn't mere desire, but also the necessity that I commit to a kind of holy life, where I could put my relationship with Divinity at the forefront of my pursuits, making the strengthening of that my main goal.

Most, I don't think, understand this kind of drive - some may be curious, but they don't give it enough attention, others try to force it but feel nothing in the process.  The drive has led to me almost obsessing, but I feel this is an example of good obsession.  My analyst often says obsession that is positive is actually a good thing - a surgeon who obsesses about details is infinitely better than one who skirts them during a procedure, for example.  I take great pleasure in my work with Spirit, it is a joy and a simple & inexpensive pastime that leads to healthy results in my character building and personal strength.  I now suffer extremely well in life, so as a result, I suffer much less when I must face suffering.  Complaining about pain does not take it away, it may be validating for a while, but it does nothing to remove it.  So, I choose to find ways to adapt and grow from the suffrage, so I don't experience it the same way anymore.

This is not to say I don't have weak moments, only that I have learned when to have them, and I do so behind closed doors, away from others.  I feel that sharing these moments alone with the Spirit means I don't regret the outbursts as much as I would among my peers, plus I can receive guidance out of my negativity from the Spirit.  I am not slamming others for sharing their pains online or in public, only that I have come to learn that in myself I no longer wish to do this... I feel more comfortable expressing these pains alone, or perhaps with my therapist, or maybe a close family member once in a while.  I do sometimes discuss issues with a close friend, but I always try to be constructive in the conversation, and lessen negativity where I can.  Better conduct in my relations lessens my anxiety and frustrations, and it really dropped after I refused to give online arguments my attention.

I have come to learn to hold my tongue where I might not have in the past, especially when it comes to opinions about certain things, even if I have some kind of authority based on my experiences.  Many things are for people to come to understand on their own, and that is up to them to figure out in a way that suits them.  So, it is best that I be supportive, not preachy - if someone desires my opinion, I may suggest things, but I do not have the right to force ideas on others, and I find some attitudes that are common on the web rather frustrating when this sort of thing happens.  I can set a good example and focus on being a positive presence in the world... if I move people in the process, that's wonderful, but my journey is not their journey, and they, ultimately, are their own journey's authority.

I suppose that after a certain point, in any seeker's life, this kind of drive comes with ease.  It's rather like how making graphic novels became easier after a certain page count - it becomes sort of second nature.  Like anything in life, it just takes devotion.