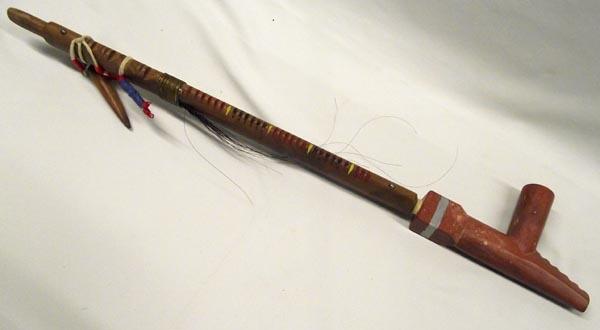 Things are moving ahead a bit... I think the prayer pipe ritual was what I needed.  The strange narrative my mind seemed to follow has dissipated, and it looks as though the "field" is on its way out, its influence not as strong an effect on my mind.  It's rather hilarious that after years of idiot white coats telling me I needed mind disabling drugs for the rest of my life, that it came down to just uttering prayers while puffing away on a pipe, to change the direction of my mental health.  I am still not 100% free of some mild phenomena but there is definitely a difference.  The white man has a lot to learn about altered states of consciousness, and how to work with them.

Another new symbol has been emerging from spirit drawing - the sacred spiral of the Goddess with a sword piercing it.  I interpret this as something to do with the Virgin Mary and the Goddess at work, the sword being symbolic of the Immaculate Heart ... perhaps a prayer has been answered, and this is a sign of that.

I seem to be graduating from using tarot cards when I do psychic readings, since using the prayer pipe to end the initiatory vision quest.  I will still shuffle through them as a means of concentration, but no card is pulled in the process to deliver the reading, the reading comes without them.  So perhaps I shall purchase a crystal ball as an object to focus on instead, if the cards are something I am not going to work with as much anymore.  You can get a decently priced one in Chinatown at one store I know about, that might be a good tool to have instead.

BTW - another note about that "field": I had some false assumptions about it, like it was the "remains" of the energy body of the demon.  I now trust the demon is completely gone, and this is just something it did to my aura that I am healing from.  Perhaps it is the cause of some strange chest issues I have had, the odd breathing patterns, and my weakened thyroid, too.  Considering all sorts of things can go wrong with auras from spiritual abuse, it makes sense that something like this could be a problem after being possessed for over a decade - even drugs can muck up your energy body, so I imagine an entity could do it, too.

What a relief that I figured out how to move beyond this stage in my life, I am pretty sure this is it.  There's still a tiny bit of mental anxiety and I need to confirm this again as I am more confident (it's been less than a week since the prayers were uttered with the pipe) but I think I cured myself recently.  Looks like coming off antipsychotics is now a very real possibility.