In defence of the existence of Hell and the devil... 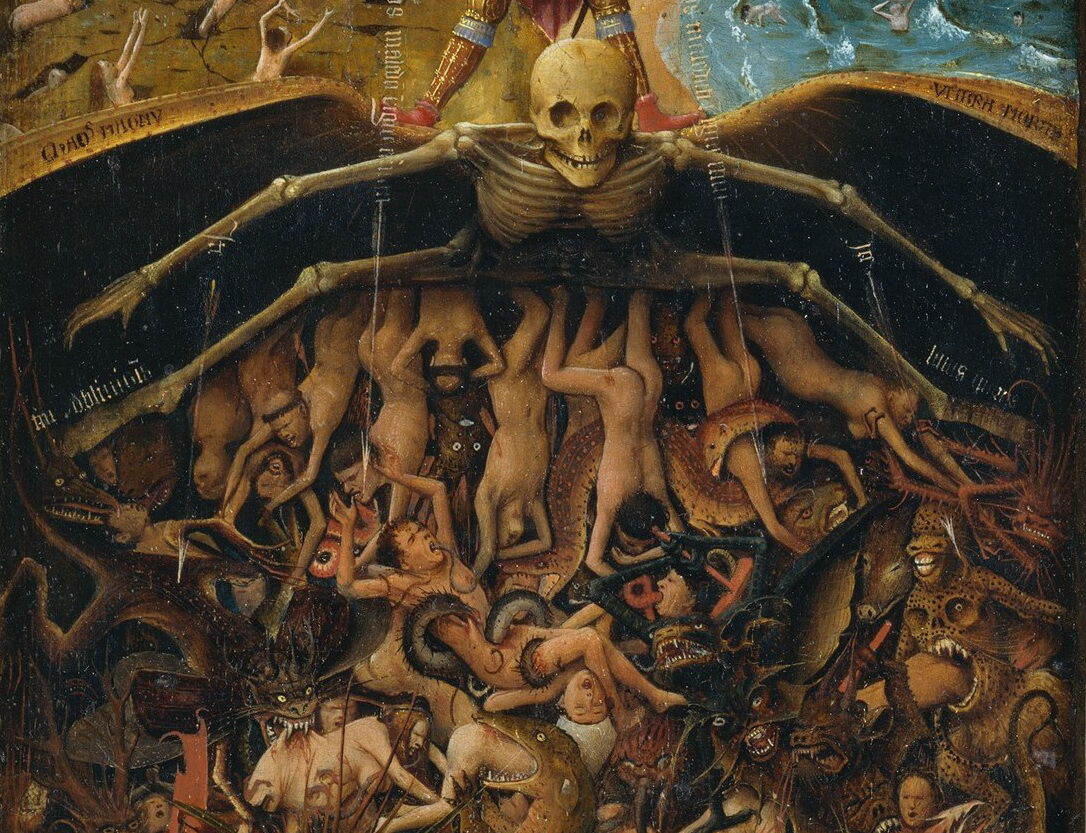 A lot of people who criticize the church will often use the argument that it created the idea of Hell and Satan to scare Christians into behaving themselves.  While I would agree ideas of these two things have been used to do so, and that there are plenty of fucked up ideas that go with them (like that gay people go to Hell, for example), the concept of there being such a place is something that I am convinced must be true, at least in some way.  But while many see Hell as a place of punishment, I also want to add that it has been known to be a training grounds for medicine people, saints, and other gifted spiritual types, and that many cultures have some version of it.  So to dismiss the Christian versions of Hell and the devil means you must also dismiss the versions of them from all other cultures and religions, which is certainly absurd if you consider how many have some variation of them.

The Greeks had Tartarus, for example, medicine people often discuss an Underworld of sorts... and I can safely say that for many years, my life seemed heavily influenced by what literally felt like the gates of Hell opening up before me.  Everything that could possibly go wrong did go wrong, and no matter how hard I tried to fight it, I kept getting punished severely, even after I gained more control of myself.  But, as I have discussed previously in articles on suffering, it was the suffering I endured of the Underworld influencing my life that refined my character and helped me to discover my strength and true nature.  The mystics of Christianity, including St. Teresa of Avila, had experiences with Hell, but it was not to punish them, but rather, to refine them.  Even Jesus descended into Hell.  Medicine people have encounters with the Underworld to develop themselves, meet spirit guides and power animals, and to find their personal power.  Remember the classic mythos of the Hero's Journey, and it makes sense why Hell is not just to punish the wicked, but also to refine the hero.  Hell is a place of learning.  And yet, it is also not so much a place as it is a condition in the spirit.  It does not have the power to control you with the presence of the Divine.

Part of why I find the Left Hand Path "religions" so unbelievably absurd is the idea that an occultist who is committing to this decides that they desire to dedicate their souls to what amounts to the training grounds, without graduating from them.  While it is true that darkness is a fantastic kind of teacher, it is meant to be temporary, and something one takes lessons from, only to grow and work through, ultimately, to be with the Spirit.  Seeking power for its own sake does nothing to impress the gods, and any power one receives from darkness isn't even true power.  One may feel strength and some kind of "power" in youth from this stuff, but there are enough famous examples of LHP people who found that as they grew older, things got strange for them, including one of my "favourite" examples, Aleister Crowley.  And be warned - once you embark on a satanic path, if you decide to turn your life around, the darkness might fight this... it is already hard enough for someone who innocently opened an occult door, with good intentions, to overcome this as they grow in the Spirit, so imagine how much harder it is for a soul who is lost to evil forces.  One of the stupidest things a mind could possibly do to its own soul is to attempt to work with demons, devils, and things of this sort for the sake of acquiring power.  Mostly, the power acquired is peppered with illusion, and never does it serve the greater good of creation.  As I have said elsewhere, Satan attacks brilliant souls, he "rewards" fools.  So consider yourself a fool if you think Satan is your friend.  It's also laughable when a satanist says that the saints, who have their own line of merchandise, know less about the devil than they do.  <_<

More insights to come as I grow... these are some thoughts on this, based on my relations to having been affected directly by the Underworld, surviving it, and learning from it.