Why I chose religion over the generalized spiritual approach... 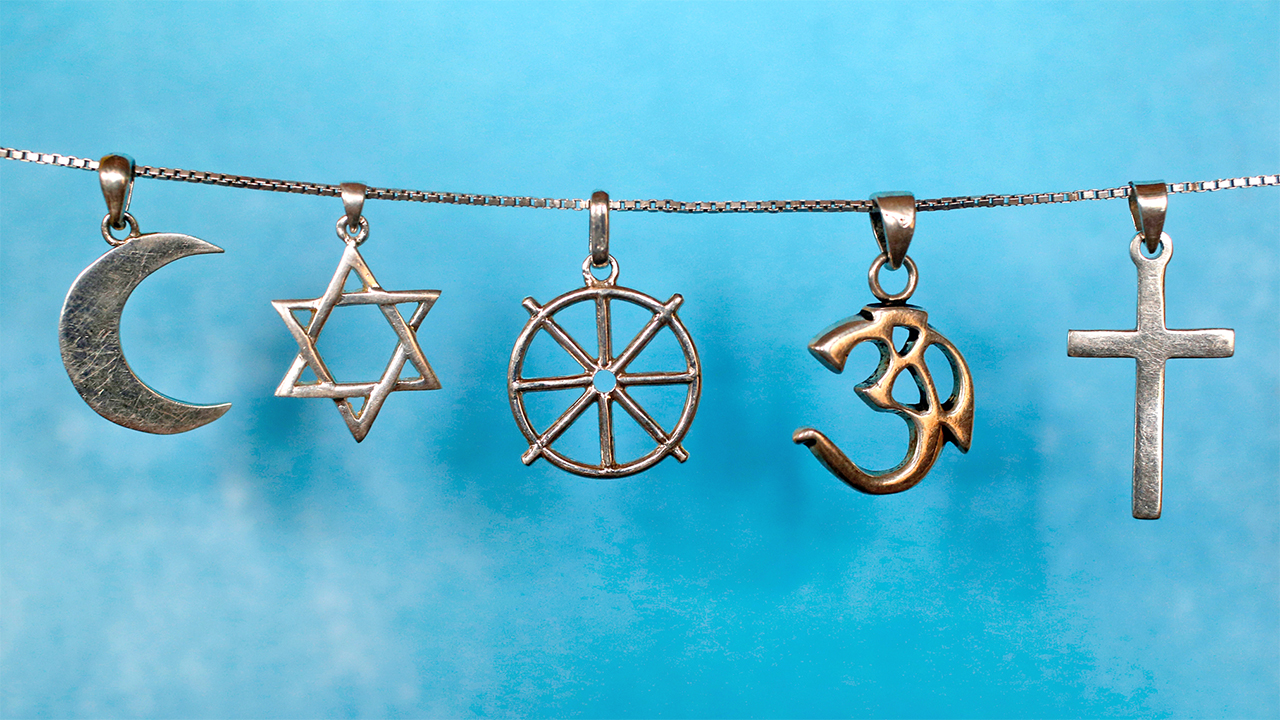 Religion gets a bad rap these days, and often, for good reason.  Patriarchal structures, oppression, abuse, scandal, and more... these things are common in some of the big ones.  And yet, I chose a kind of a Catholic/Christian path, despite all this.  Why?  Let me explain a bit.

I felt called, as I have discussed, to find God, to work on my soul, to overcome my spiritual pain, over a decade ago, and was very confused as to how to proceed.  Certainly, there were times I explored other paths a little, such as Buddhism, an experimental form of witchcraft (that ultimately backfired on me), kundalini yoga of Sikhism, but in general, I was not committing to religion in any powerful way.  I did what most western seekers did, with my problems looming - I collected interesting spiritual items, made shrines, prayed to the universe, experimented with nature and spells and stuff like that, with no real order to any of it.  I got nowhere with this - in fact, when spells were cast, I just got worse off.  (Though I understand, BTW,  how empowering neopaganism can feel for people, especially feminists, I see holes in the wisdom of the approach of practice of some of what they are doing, if they are not grounded or with the Spirit, and I wonder how many deal with backlash, or even entities, not understanding the flaws in the spellcraft approach to making change in one's life.  It can really muck with the matrix of one's karma, even a "good" spell can.)

After St. Jude was invoked, it took several more years for me to find Jesus, and after that, I still wasn't as involved as I needed to be.  I needed, for my soul's health, to explore this regularly, I started going to cathedrals, not to be a "good Christian girl" and obey the rules, but to feel the presence of God better, to meditate, to contemplate, to focus on my task of recovery.  My religious practice is kind of its own thing, and yet follows the structure, in some ways, of Christian devotion.  I try to be the finest version of myself that I can be, but I also seek to align as closely as I can to the Divine, through daily practice of contemplation and prayer, and so an environment like a church can stimulate feelings of closeness to God.  Part of my practice involves things that might be seen as the rituals of a medicine person - I wear talismans, I use divination techniques with psychic sight, I smudge, I have a power animal, I honour a few more deities than just the Christian god... so I am not your typical mainstream Christian.  But, at its core, this is still religion, not just a free for all.

The world is a projection of the Spirit, and the Spirit is in a strange flux right now, where things are acutely changing, and it's often shocking and upsetting for a human mind to behold.  As I said in my last post, it's as though some of the sacred traditional religions are now super corrupt and overly political, the environment is in pain, global warming is a major threat, capitalism is falling apart... these are all signs of a strange shift in the Spirit.  The problem I had with a basic general spiritual approach is that without the structure that religion provides me, I wasn't sure as to how to proceed, and what to cling to when I had difficulties.  Religion opened doors that remained shut with a more quasi "new age" occult approach, and so I cannot deny how it has helped me.

A lot of people are calling this time the approaching apocalypse, but perhaps the end of the world is simply the end of an age.  I have a more hopeful view of things, I think humans certainly in their own way have contributed to the state of the world in a major way, but we are all products of the Spirit, we are nature, and Spirit is changing.  I don't take on the mea culpa attitude that so many well intentioned humans do about the way the world is - I do what I can to better things where I can and with my relations, but I don't carry the weight of the world anymore, knowing reality is a projection of Spirit, and that ultimately, as bizarre as this may sound, this was destined to happen in some form, and it will transform.  Sometimes a fractal is ugly before it becomes beautiful again.

What's important is that one reaches out to the Spirit, with whatever method works best for them, in these strange times, to work with Spirit as we ride this out.  That helps ground one's life.  I am not completely dismissing a more general spiritual approach at all - it's just that with my set of circumstances, I needed something more structured, and the Christian methods served to free my soul from torment.  Christianity is only meant for some though, not all, which far too many Christians seem to forget.  <_<

I just wanted to make this article to explain why I defend religion, when people say all of it is bad, and that only individual spiritual practice can be empowering.