Our Lady of Fatima pic repository - keep checking for updates! 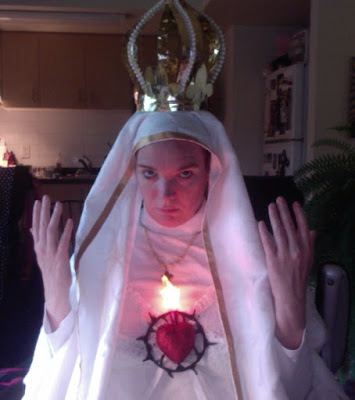 This is going to be a post that will be updated as further pics are taken of the final costume.  I have some events coming up, where undoubtedly pics will be captured - here's one for now from my computer camera.  I will also take one with makeup on later.

Keep checking back for updates, if you want to see more!  :)


EDIT: I added another, just experimenting with makeup - a little gold around the eyes, mascara, pale foundation, pink lips and cheeks.  Makeup should be subtle with this one, I think.  My eyebrows had to be waxed, as they were getting pretty bushy.  I used Photoshop to tone down the redness around the brows that I was having trouble covering with foundation, due to having just come from the salon - lol 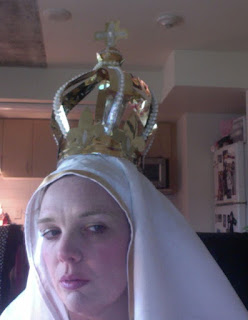 UPDATE: Here was one snapped by a friend of mine, of last night's witch ball - there was one mild wardrobe malfunction with the heart that will require repair (nothing major) and I may want an additional clip to hold the veil in place with the crown on top, but it went swimmingly: 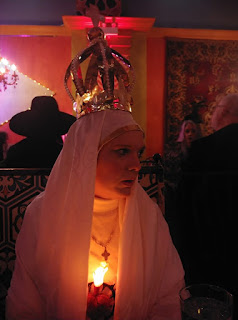 UPDATE:  I took first place in a costume contest at a goth Hallowe'en event - $100.00 in cash!  So happy, as November is shaping up to be slightly tight for me financially, so that money could be put to good practical use - not fun, but necessary!  Here's another pic: 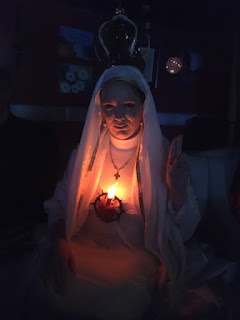