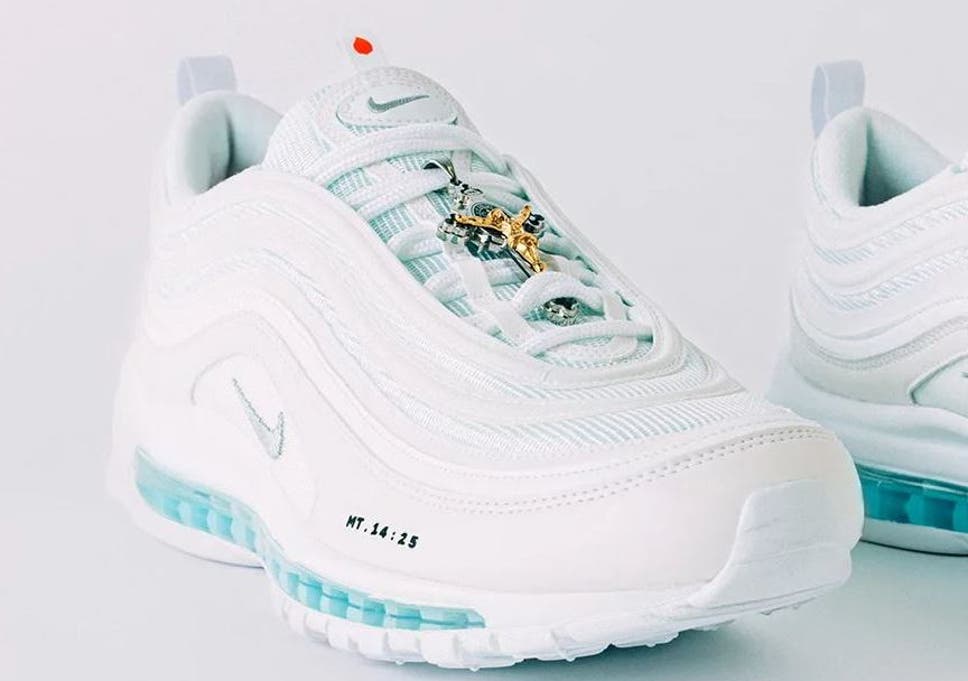 Capitalism is ridiculous sometimes - well, actually, it's often ridiculous, but in this case, it's moronic:


Walk on water: ‘Jesus shoes’ filled with holy water sell out in minutes

For a mere $3,000 US, you too could have bought these wretched looking things, filled with Holy Water from the Jordan River that was blessed by a priest... but they sold out pretty quickly.  Probably to douchey Christian celebrities who actually bought into the idea that they're wearing sacred sneakers that might help them get into Heaven.  Man, those are some butt ugly kicks, runners that only Republican Jesus could love.  At least throw a Sistine Chapel print on it, or something... yuck.

I was curious, so I did a psychic reading on these: the answer was amusing.  Apparently, any sacred properties the Jordan River water might have had were lost, and the blessing did not take, as the Spirit saw no value in it being pumped into overpriced sneakers.  So, because there was no spiritual need for it, what people got for $3,000 was just sneakers filled with normal water - nothing truly special.  So congratulations on missing the point completely, douchewads - enjoy your ridiculous looking shoes and the placebo effect they will provide for you.  Absurdity what spirituality is often like in the west.

If I were to make my own goddamn Jesus shoes, they would be a helluva lot folkier looking than this.  What a dumb, dumb, dumb thing for Nike to do - but hey, it sold out in mere minutes, so I guess they know what they're doing.

I don't even have to say this, but there are SO many stupid Christians out there.