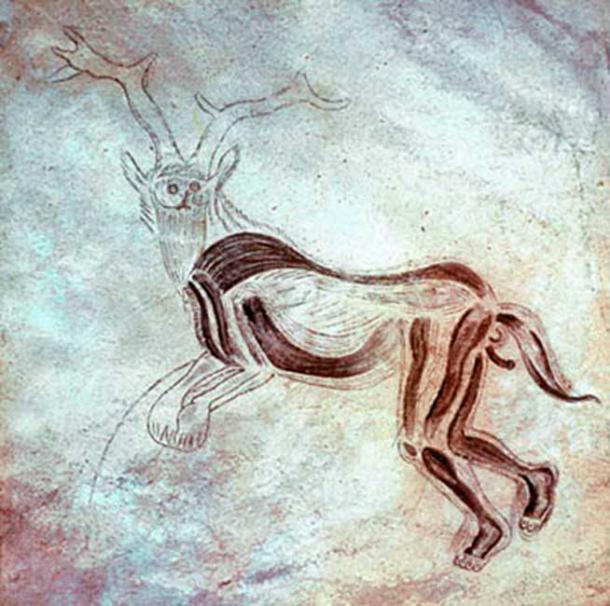 I'm not sure what to say about this now at this point, only that I believe it happened to me.  Not like it is in a Hollywood movie - I didn't literally transform, as a body, into any animal.  But I'm not sure, from my studies, if that is even something that ever happens.  It seems improbable it could, especially to this white mind of mine.  However, let me tell you about some of the experiences I had with this area of spirituality, in the way that I experienced them, with "shapeshifting".

I don't know if that word is insulting to use in traditional societies, but I honestly am not sure what else to call it, so there you have it.  My body sometimes would take on the stance of various animals, almost like some kind of yoga pose, while it felt like the soul itself, as an energy body, was assuming the shape of the animal in question, as though I was transforming as a soul into it.  This happened a couple of times with Cobra and Eagle, and I also felt one time like I was taking on the form of a dog species, perhaps a coyote, and felt compelled to roll around in the grass like a happy canine.  Another time, my right hand seemed to morph into a grizzly paw, the talons of the paw extending along the length of my fingers.  These two animals did not seem to be relevant to me as power animals, but the experiences themselves were quite remarkable.

This is something I want to work with again, but these experiences were spontaneous.  Perhaps when the initiation runs its course, I will have a better sense of how to work with this phenomenon again.  This stuff would probably creep out your average western mind, but to me the experiences were so cool they ruined my enjoyment of video games - way cooler than any VR headset anyone could possibly come out with.  If westerners could all be medicine people, we could defeat capitalism and live simple lives full of the kind of joy that only the Spirit brings - there would be no need for consoles or technologies designed to distract our busy minds with frivolous entertainment.  Perhaps this medicine is the future of play for humans to come, once we can no longer consume and produce like we do right now, once we have evolved as minds and souls to adapt and rediscover nature, the animal within us.  I firmly believe that we could learn a thing or two from certain examples of the ancient world.

If I have more adventures in "shapeshifting", I shall be sure to write about them on here.