The necessity for madness... 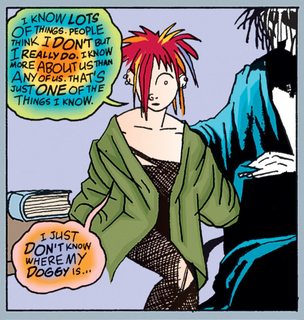 I often wonder how peculiar I appear to others who actually take the time to read this blog.  Perhaps I seem madder than I did even on the other blog, in some ways, to some thinkers, because of my presentation, because of the ideas I throw around, ideas not commonly discussed except in spiritual lore that might seem too out there to be true.  Perhaps I seemed saner, in a way, when I "owned" madness as my identity, rather than disputing it while wearing a latex nun habit and claiming to have fought a demon.

In some ways, I still "own" the idea of having been mad in some way, but what I want to make clear is that I now feel it was a necessary form of madness, it was madness with a purpose, and not disease.  What I understand now about forms of psychospiritual transformation is that it probably always requires a degree of lunacy or psychic transformation to amount to a finer state of consciousness, to break down what was and reshape it in some way, for betterment.  Enough paths have described some form of complex restructuring of the mind - in the initiations of traditional medicine people, this is a kind of destruction and restructuring phase, in Christian spirituality, it might be a kind of dark night of the soul scenario.  There are many ways it can present, depending on one's path.

What I feel I am going through now is a phase where I am changing from my awkward "madness" stage to the stage of a more refined version of myself.  With this might come some misconceptions of what I have been through, that I feel will be cleared up as time goes on.  I am at a point where I function not only better than I ever have before, despite some quirkiness to perhaps some of what I perceive, but perhaps even better than most around me who have never been considered mentally ill.  I seem to handle stress and difficulty with ease, I bounce back easily from unpleasant states and experiences, and I look at the world with hope, even in the face of destruction.  I seem to instinctually have a sense of what is right and wrong for myself that was lacking in the past.

I am getting the sense that the world truly is illusion, as Toltec spirituality, Buddhism, and other religions have suggested, and as certain modern sciences are now proving.  I see the world as a manifestation of another dimensional reality, which is the true reality, generating this illusion, which is a kind of a dream, so as to grow the Spirit, kind of like a garden of sorts, where we grow as souls through experience.  I am getting fascinating insights into this through my Akashic records readings, including the suggestion that all planets have life, but perhaps on other planes of existence that we can't observe with the technology of our dimensional reality, and beyond our understanding, in sciences, of how life can present.  It's pretty out there stuff, but not of madness... certainly, more "shamanic" communities have implied these kinds of things throughout human history.

I consider overthinking one of the greatest poisons of this time, which I have discussed in the past a little.  Trapped in the mind, humans obsess, overanalyze, have deep anxiety, and go about things in a material fashion that depletes the planet of her resources.  Minds are beginning to break down and show signs of "mental illness", which is on the rise everywhere... they say 1 in 4 Canadians will present with a disorder of some sort in their lifetime.  But perhaps this is a transformation of how we relate to the world around us, and the psychiatric angle, as is, is missing the greater picture.  This is not to suggest that it is always bad to take medications, but that medicalizing this kind of suffering as disease may be a poor approach in the long run when it comes to treatment and understanding.  My so-called madness shaped me into a stronger, more adaptable person with more interesting ideas, so I refuse to see it as mere disease.  My mind broke, but it was also ultimately restructured through my practice, and though I don't think like the average person anymore, I have a finer mind now than I used to.

Perhaps madness, in fact, is a sign of evolution in mankind, and not decay.