The story of a hat: A weird Akashic Records exercise... 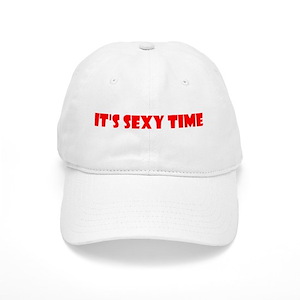 It's getting to be really interesting and comical, the kinds of information I seem to be able to obtain psychically, even about the most mundane shit in the world.  Here's an example from today:

I was in Chinatown, after going shopping for new frames from an eyewear store, and having food at a local cafe, when I popped into one of those strange stores that sells random imported items.  I noticed a very ugly pink baseball cap that said some stuff on it like "Sexy fun time" or some other such nonsense, and immediately wondered who on earth would end up buying such a thing.  For shits and giggles, I opened my mind to the Records, and channeled the message: "Someone who is not sure of what to do with their life".  I snickered so much I had to leave the store before drawing attention to myself.  Here are further details as to the story of this hat, from whence it came, and what is to come of it:

The hat was made in a very bad sweatshop in a country in Asia, perhaps the Philippines, but was shipped to China for distribution, where it then made its way to North America, and then specifically to Canada.  Some guy who is kind of a douche, like a dirtbag guy, is gonna see this cap, think it's cool, and he's gonna buy it because it was only $3.00.  He is a person who is not particularly intelligent, has poor hygiene, and will end up in a homeless shelter, which he ends up getting kicked out of, the hat ends up in a storage box of some kind, and then someone else inherits it.  This person is much nicer, they don't even really want the hat but take it anyway, because even though they hate it, they feel somehow that they need to accept it.  This person eventually gets rid of it.  It goes to a dump, and rots.

So as I grow as a psychic, I guess this is the kind of thing I will do with random objects, scenarios, and people for exercise, and of course for fun.  Not only is this a riveting thing to laugh at, it's good practice.  I have no idea how long it takes people to get to master levels with this, but in the meantime, I might as well have some laughs, regardless of how accurate I am or not.