The relationship dynamic between the demon and I... 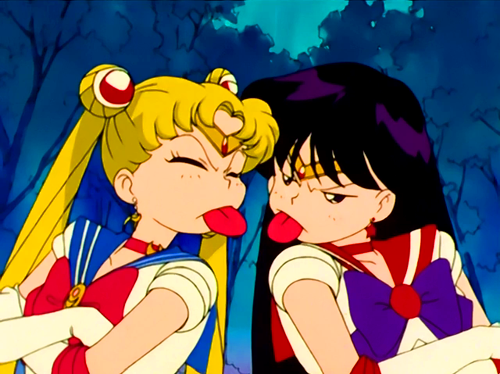 It's worth discussing how absurd the battle between my demon and I became, because it's a great story, and if I do indeed make a comic of this someday, I should have some documentation in some way of the tone of this relationship.

The demon, as I have mentioned before, presented as a kind of cartoon devil in my psyche, often as a sly sort of Anton LaVeyan kind of trickster, with a goatee and red skin, the kind of thing you often see in hot rod art.  For whatever reason, he was presented mostly in a series of cartoon show style visions, that I couldn't shut down in my mind, that thankfully it seems the Spirit made more comical so I could avoid being too disturbed by them.  Because of this element of comedy, the way he presented and the way I responded became a kind of catty bitch fight between us, at least in the beginning, that can only be described with THIS song:

"Anything You Can Do I Can Do Better"

He would try to flood my mind with embarrassing or strange imagery when I played my "annoying" techno pop (he especially hated the Pet Shop Boys - sacrilege!), stuff that would creep into my psyche.  My way of coping was to mock the shit out of it, in a kind of retaliation, to belittle him, and talk down to him like some nasty auntie of his.  It got to a level of absurdity where he began to find me funny, and we'd laugh together over the absurdity, something he hated doing, because he so despised me, he only wanted to laugh at me.  When I would use self deprecating humour to laugh along with him, this irritated him to no end, and he would groan about it.

As things got worse and the true pain set in, the "fun times" of the catty bitch fight phase transformed into something far more sinister, where he had gained a great deal of control of me, and began a kind of soul torture that again is beyond words, and shouldn't ever be described, some of it was truly filthy.  It took a very long time, much prayer, and the necessity of antipsychotics and several hospital stays (when it got REALLY bad) to eventually get the upper hand again... it was a very bleak time until that happened.  Jesus Christ coming into my life was the true start of the next phase.

After Christ became a factor, this demon started to panic a bit, and worry that the end was coming for him.  He would still try to muck with me, to delay the inevitable, but it only caused me some mild confusion (mostly), and ultimately, he gave up and just began to explain that I was indeed going to kill him.  He showed a fear of me that I thought was trickery sometimes, I didn't get this actually would come to me removing him from existence.  Sometimes, I would yell at my Jesus items, demanding that he take this thing out of my life, but that was only out of panic, not understanding why Christ wouldn't just whisk him away.  God had other plans.

Eventually, towards the end of the 12 and a half year battle, this demon was basically begging me to finish him off.  One of the last things I recall him saying through channel was that he deserved a Darwin award.  Haha - always with a sense of humour, you sly motherfucker.  <_<

So I thought I would just make this post about this quirky kind of hate-hate relationship, that was so over the top and comical it probably deserves to be told in some other format.  I only wish others could have seen some of the humour, but I would not wish the horror upon any person I know.