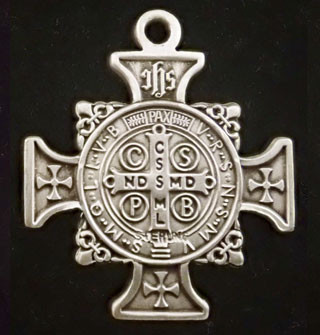 I have an interesting theory about why some cultures and groups have both a stronger belief in, and greater successes with, talismans, and other sacred items.  I wish to discuss this based on my own usage of them, and the results I have encountered.

There's a frustration in the western world about spirituality - so many are craving it, and yet, they don't understand it.  Things like New Age and alternative religions are on the rise, there is a deep longing that the spiritually impoverished west has, there is a dissatisfaction with the modern world, despite its glitz and convenience.  A natural desire to return to more traditional ways is cropping up, the technological age is proving to be not quite what we had hoped for in some regards.  So many explore paths, often based on practises of societies that follow spiritual traditions, but something is lacking in the results.  Why?  Here's my argument:

Societies that are more traditional in nature as far as culture goes, who have less reliance on technology and other facets of the modern age, have greater needs in ways that the west does not, needs that must be met somehow.  This in turn leads to a greater communal connection to the Spirit, who responds to these needs.  Because the west is as developed as it is, in the way that it is, there is less of this kind of need.  It's not so much that western people are necessarily practising certain rituals the wrong way, it's that without that relationship with the Spirit that more connected communities have, there is less success with the outcomes.  If a need must be met, a sacred item will work - the Spirit responds to that need.  That same item, on someone who does not have that need will not necessarily lead to results.  A sacred item on one person is simply an ineffective item on another, even if it has produced a result on the first person.  This is true for crystals as well - it's not that they're horseshit, it's that they work when they need to, otherwise, they are just pretty rocks.

In the west, because we have so much we rely on in the sciences and technology for our functioning and survival, things that work for our society, there is less of a need to fill, so there is less success with this kind of spiritual practice.  I believe my items were talismans that worked properly for me, because there was a definite need - I needed to fight a dark thing, something sciences couldn't help me with, so they actually worked.  Otherwise, they would have simply been religious items and nothing more, had that darkness not been involved, or had this been an actual mental health issue, and only that.  This is something that, I believe, is lacking in western thought on spirituality, and so the sciences are frustrated that they can't prove this stuff is real or not.  Many atheistic scientists have been turned around as thinkers after living in certain societies for a while, Haiti as an example, once they see what these people experience.  I even think that homeopathy works sometimes, enough people claim it does, but only when there is a true need that other medicines can't fulfill, and when it is done in the right way.

So sorry, bingo lady - Lucky Buddha candle ain't gonna do jack shit at the hall.  But someone may find successes, even in the west, with a talisman of some sort, if there is a deep need that nothing else but the Spirit can fulfill.  It is a connection that is made through the item to the Spirit to fulfill a need, and for whatever reason, must be represented symbolically in a way that makes sense.