My opinion on curses... 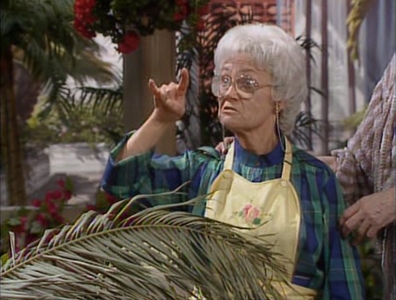 I wanted to do an article about a popular thing in certain spiritual practises that is being used against the likes of people like Donald Trump and other politicians and figures - the curse.  En masse, many witches and practitioners like them have been cursing Trump monthly, or whatever it has been, with little to no results evident.  Why can't they get rid of him?  I think it's because, in general - these things don't work at all!

(Some of this information is my gut feeling, much of it is what I have received while attempting to read the Akashic Records - so this may change in time, should the insights be refined as I grow, but let's try something here, with where I am in my development, at this stage.)

It is my suspicion that legitimate curses created by humans are so rare, they almost never happen - one must be so involved with the gods, and the gods must see the need for the curse to exist, for it to be effective.  Because they are so rare, they almost certainly fail when they are done.  One might observe certain things going wrong in the life of the "cursed one" and assume that their curse worked, but this is just seeing results that aren't actually there.  A misconception is that demons can curse people - they can certainly disturb people, but they can't curse them.  Arguably, the only true curses come from deities themselves, and it's when they "curse" a human to perform a certain task to change things in the world.  An example of this would be the classic Shamanic Initiatory Crisis, where a human becomes sick in some way, either physically or mentally, and they must learn to heal themselves, to become a healer or medicine person of some kind for the community.  A saint who has been given a mission from God might also arguably be cursed in some way to become consumed with their task - St. Joan of Arc is an example of this.  Again, getting back to the concept of there being a need, if Spirit deems a need is present, the curse drives said human to fulfill that need.  Perhaps, speaking of need, my demon needed to be destroyed, so it could be destroyed, and that's why it was.

(Also, I want to mention this - the reason that certain people achieve higher degrees of spiritual prowess and power comes down to the requirement that they develop it, so that they may fulfill their duties to creation.  One who simply dedicates their practice to achieving personal power may indeed see results with it, but it will never amount to the same level of power as one who has that natural duty to serve.)

So go ahead, sinner - burn that picture of your ex-boyfriend while listening to Evanescence or whatever it is that makes you feel better about him breaking your heart, cuz it's just gonna be a means of venting to ease the tension, no one is going to actually get hurt by it.  Sometimes, spellcraft can do something, but spells are not the same as curses.  Curses are not what most people think they are.  A true curse is a means of breaking a certain pattern in the world in order to usher in better results.