Why I never seem to "better myself"...

(Except that I am always seeking to better myself... in this regard, I am referring to getting a cushier job or a higher education.)

Anyone who knows what I do for work might think it's kinda sad that I stay there, at least for now... it sounds like one of the most tedious, boring jobs in the world.  There's not much to it, it's not a job that takes any tremendous skill, other than patience with the public, balancing finances, showing up on time, and remembering certain protocol.  But when I was not doing so well and I needed a job in a pinch, this one fell into my lap, and has served me well as to support me financially while I do other things.  The money is better than other jobs like it - it's actually several dollars higher than minimum wage, it was once unionized by Teamsters (I still find it funny that I was a Teamster) but we let the union go in recent times when we found we didn't need it anymore.  It's a perfect job for a seeker, a creative type, or a contemplator, all of which describe me quite well, and I have written several graphic novels while working it, during downtime.

Not being one who experiences boredom much anymore, at least not at all when confronted with empty time (sometimes I get bored if I'm subjected to an annoying film or video game or something I don't like, for example), it enables me to continue my ongoing contemplative state, which is my base state throughout the day, without causing mistakes at work, due to how simple the tasks involved are.  Contemplation isn't the same as overanalyzing, at least not at the level I am working with right now - it's healthy, and has lead to epiphanies, not neurosis.  (I joke that if I were to become a real nun I would probably make a good Carmelite, for they are known as an order about contemplation.)

Every time I have sought better employment, I have come up empty handed and stressed, but when I leave things alone, opportunities seem to fall into my lap.  I have come to learn not to disturb things as they are when life is stable, and I see no reason to jump the gun and change anything, especially since I am not craving a change.  This is a time of rapid change for me in my psyche, and to take on more complicated employment could upset this process, and cause me great stress.  A formal higher education would also upset this, and every student I know personally is extremely stressed with their situation.  Not me... life is rather relaxing for me.

And now, a rant about school:  I may have mentioned this before, but I so detest school that if someone came to me and said that I have a choice between university and prison, I would say "pick one".  Heh, at least in prison I could just sit in my cell and contemplate.  School is an expensive, stressful financial risk that does not guarantee a future anymore (at least not for people of my class), but it certainly guarantees being saddled with debt, especially since the fucking Doug Ford government decided to scrap the new OSAP grants (which I saw coming ages ago, BTW... and I didn't even read the Akashic Records to see that).  Maybe if I came from another era school would make sense, but it just doesn't at all to me now.  It's kind of a scam - you pay thousands of dollars for textbooks that end up on the curb in a cardboard box one day anyway, you have to take all these namby pamby "Hamburger Helper" side courses that mean nothing just to get the meat and potatoes classes (and of course you pay for those side dish courses as well), and in the end you get a piece of paper and then you're trying to find work, along with thousands of others, in a world where there aren't enough jobs to support everyone, in a shitty economy.  How is that wise to pursue, especially when there is no drive to do so, and no nest egg to fall back on, when I already have a job and no debt?  Some could argue that getting the knowledge is worth it, but unless the school is prestigious, and the mind is willing to learn in that kind of way, it hardly seems worth it.  I hate frosh week hijinks, I hate sorority bullshit, I hate academia, I hate the idea of starting on this now at 36 and being surrounded by screechy 19 year olds... I want no part of any of it.  If I die a wise old blue collar broad that's fine by me... I am happier doing this kind of thing over tearing my hair out just to satisfy some fake lifestyle I am trying to support because I have bought into the idea that "stuff" is going to make me happy.  Also, I don't want to pop out any kids so there's no need to worry about trying to get to a certain financial level to support having children either.  (I am among the least maternal women I know.  Children make me very nervous and I don't really care to hear what most of them have to say, as cold as that sounds.  This anxiety about children likely stems from years of being bullied by other kids as a child.)

Sure, there's a side of me that would still love to have a bigger living space, like an artist's loft or something (a house might be too much - I don't like gardening, and I don't want to have to worry about the roof or foundation).  But if that never comes my way... so be it.  I want to work on riches of the soul, so that when I'm on my death bed, I have no regrets about my development.  Plenty of people have had regrets about not taking time for themselves when they are about to die and know that they can't take what they have accumulated with them.  There's something rather eerie about the idea of the ailing billionaire being stripped of his kingdom as he crosses over... no wonder Westerners are so afraid of dying.  Even if I'm wrong and there's nothing after death, I still hope to prepare myself for the passing itself, so I can be at peace with it as I approach it.

Basically, I try to live as simple a life as possible - I do make plans and put money away, but I also kind of go with the flow.  If I suddenly crave something, I pay attention to it as a sign a change must be made, but if there is no craving for change, or no need for it, and if things are in balance, I don't attempt to sabotage the homeostasis.  I seek inner guidance on how to proceed from the Self, not that pesky Superego.  My life isn't bad at all... it's punk.

Anyway, I'll end this one now with a great quote from this spiritual badass: 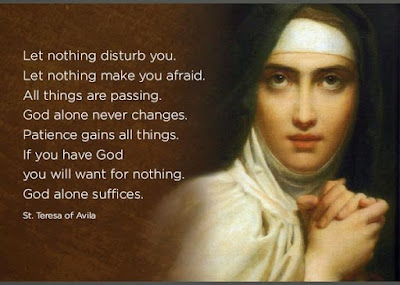