Like a pothead (toking for the very last time)... 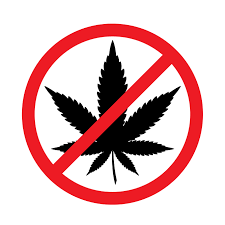 Hey, sinners - today I sinned real badly.  Mea Culpa!  I toked up for the first time in 5 years because I was advised through channel to try it.  Oh man... never again!  And this time, I MEAN it!

First off, I want to state that I get the impression that Spirit was advising me to try it out because it was a lesson I needed to learn the hard way - through a bad trip.  There were still lingering cravings for the stuff on and off, missing how music sounded on it for example, the creative highs... all of that.  So I guess a final bad encounter with Sweet Lady Mary Jane was the final nail in the coffin for my time with weed.  Thanks, Justin Trudeau.  <_<

Ok - so knowing that dispensaries come and go in this city like an ongoing game of Whack-A-Mole, I headed to one, after buying some Zig Zags at a Circle K.  Then I bought $20 worth of moderate level THC weed, something called "Blueberry Mist"... a modest amount, to test the waters.  I excitedly brought it home, my first legal (?) weed purchase ever, and the first time I was to smoke it in a very long time.

I rolled a joint after lining the crack of my door with a towel and lighting some incense.  Then, as I smoked it, I gradually felt a change in consciousness, until I got about halfway up the joint and decided I had had enough.  There were subtle uncomfortable sensations and psychic noise that overwhelmed the senses, and though I didn't freak out, I became nervous I might develop some deep neurological reaction, due to anxiety.  When I did try to channel, the messages made little to no sense, until the "high" wore off.  In the past, I used to be the life of the party when smoking marijuana... now it felt like I was becoming a reject from an Eastern European performance art troupe.

There were different stages throughout my life for smoking grass.  I used to be one of those goofballs who would do silly shit like force willing house cats to dance to the Gremlins theme while on it, and laugh at how absurd that was.  Then, I became an abstract conversationalist who got really funny, but kind of out there.  Then, the visions started... then, they got really weird.  I guess it just got to a point where I have gone beyond the possibility of enjoying it anymore - the mind rejects it, preferring stillness and complete control of itself, seeking "super sanity" over altered states.  Spirit basically had to relax and guide me out of my bad trip by speaking through me with the same gentle tone as Bob Ross the PBS painter.  No wonder Buddhists can't stand the idea of smoking this stuff.

So I met with a friend and gave him the remainder of the weed, to pass onto someone else, to get it out of my apartment.  (The weed was sold in a store... I doubt it's bad quality, I just can't handle THC now at my level).  As I came out of the bad trip, I was able to discern that having opened various centres (the psychic and heart centres, in particular) trips will never be the same anymore... they will be strange and unpleasant.  I am also probably still recovering from the psychological trauma of having been spiritually assaulted for so many years, and so this would have been odd for the mind.  Thankfully, nothing seemed demonic about it, indicating that anything of that nature is actually gone.  It was just weird and unpleasant, like sticking your finger too deep into your navel kind of weird, only in the mind and with weird psychic input.

Also, I just don't like how abstract it makes things feel now, bad trip aside - it feels like a synthetic kind of high, compared to some of the rapturous highs I have had from mysticism that felt ecstatic and beautiful.  I guess I have grown out of enjoying it in that sense as well.  It is a cheap kind of buzz, compared to religious highs, which feel pure and grand.

So that's it, Mary Jane... I'm breaking up with you now, once and for all.  Oh well, I can still enjoy a couple of drinks when I go out.  But I can't even get drunk now either (not that I was ever really a fan of being drunk)... I can keep drinking and drinking, but nothing happens.  I'll still get the hangover, but not the buzz.  Also, my body sends me a headache after two pints of beer, so I usually quit after that.  #IrishCatholic

And now, for some Supertramp, to solidify the end of my ties to weed: