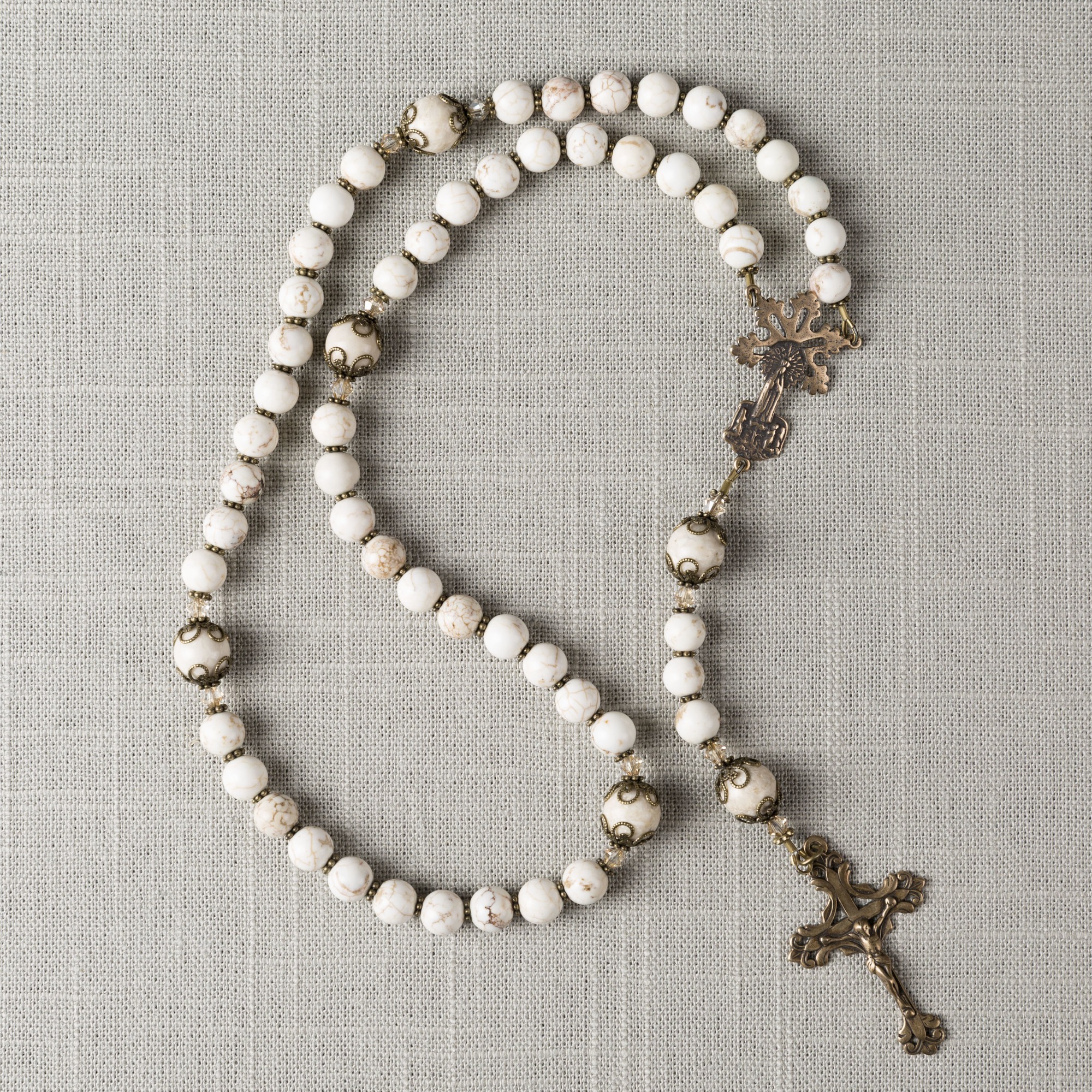 I have told a few people about the "rosary miracle" incident, my mother included, who had seen the original pink plastic form it was in.  She was flabbergasted when I showed her the picture of the pure white beads.  She remembers how it was when I bought it.  It was probably a child's rosary, being pink plastic.  I am stunned at how amazing this is... two spiritual friends were also moved by the incident, as was my analyst when I saw him today, and showed him the item.

It seems as though God really wants me to be a Roman Catholic, considering the other rosary that levitated in my hand, and now this.  I don't know how to go about this... I know I would have to take a kind of course if I wanted to convert.  I have one other spiritual friend who comes from a more Wiccan background, who has lived a similar set of circumstances to my own, and who had a very Catholic experience of witnessing an apparition of Archangel Michael before her (rather like my Archangel Gabriel one), as he stripped entities from her soul.  This friend and I have shared conversations about our struggles between being on the right path for our development, and going with what our good consciousnesses dictate we should believe and follow politically.  The United Church, for example, is much gentler about certain issues, and I love the people at my local United Church, but... my soul is bored.  I don't know if it's because Catholicism is the "original gangsta" church, but there's a mystical draw, as I have said so before on here, and this friend gets it too.  We are both involved with amazing phenomena most Christians will never know.

Maybe it's because I might have a calling as some kind of crazy "exorcist", considering my experiences with the demon, and the Catholics seem to take this kind of phenomena and practise much more seriously?  (Yes, I know women don't have much power in the church.)  Hope to figure this out!  I am praying for more signs and guidance so as to know how to proceed, and to be guided down the right path, that it open up for me.

Oh yeah... on that idea of becoming a nun - funny thing: I channeled "You are not meant to marry God", to which I replied "Great - another man who just wants to be friends!".  Apparently I am supposed to be with an archetypal Hermit type.  Wisdom is sexy.