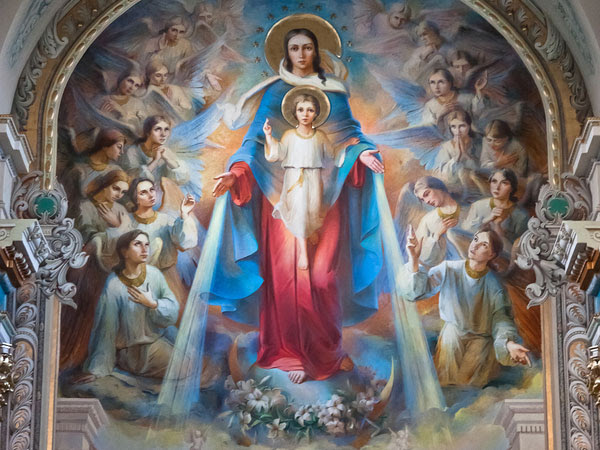 Some interesting results came recently from prayers to the Virgin Mary to help unlock the potential of the Goddess.  Previously, I had many "red herrings" in my beliefs where I has assumed various Hindu deities, including goddesses, might have been invoked, but I recently decided that psychic input suggesting this might have been the case was in fact bogus, corrupted from the remainder of the dark energies, because no visible results came of prayers to any of them.  So I have since decided to retire these ideas, at least for the time being.  (I have, however, put "Woody" the cobra back on my shrine, as I suspect once more that Cobra is a legitimate power animal... when that animal presented itself, it neither hissed nor threatened me, but seemed gentle.  I might shuffle ideas around for a while as my thoughts clear up - again, I ask that you please bear with me as I figure out my soul, and its path.)

Anyway, on with the Goddess talk - I prayed to the Virgin that she help unlock the Great Goddess for me, as I had channeled a message that she is affiliated.  As a few days went by, as more prayers were uttered, I began to see a calming of my fears come over me, a strengthening of my being, and a strengthening of my channeling.  This suggested to me that something had finally been unlocked that might not have been there before.  It seems as though the God had been whom I was working with mostly, but not the Goddess.  Now I wonder (and others have agreed with this theory) if Mary is more than just a saint, more than just the mother of Jesus, but instead an avatar in her own right, but of Shekinah, in this case.

Shekinah is JHWH's consort, basically, in Judaism.  Some call the Holy Spirit the same thing.  She is the feminine to God's masculine... in Hinduism, she would be Shakti, or Devi.  Some have argued that the rise in patriarchy and things like toxic masculinity come from ignoring the Shekinah, and also that the fall of man's more harmonious connections with nature come from this as well.  Certainly, there seems now to be an element to how I feel overall since making this request to open to the Goddess through Mother Mary.  I had many times, in the cathedral, felt my face drawn to gaze upon the stained glass windows of the Immaculate Heart, and of Mother Mary herself, but I could not figure out, until perhaps recently, what the message was.  (Maybe the transforming rosary was another signifier?)

I also think I have concluded why I am drawn to Catholicism - it's basically the "witchiest" church that I know of, whether Rome wants to admit it or not.  I have a "witchiness" to me - hell, I played with Wicca in high school... and I ain't gonna find any interesting ritual in mainstream Protestantism like I will in good ol' Roman Catholicism.  Even Irish Catholics have the St. Joseph house selling ritual, where one buries an inverted St. Joseph statue in their front lawn when trying to sell a house - many Catholics swear by this.  What else is that but a spell?!

BTW, I went to a queer Catholic mass recently with a friend - I had only been once before.  It's refreshing to see this level of progress in this church, that they would host something for LGBTQ+ Catholics.  I felt more welcome among them than I do with the straight ones I have talked to, mostly.  (Somewhere I heard that queer people make the best Catholics, for they understand suffering in a way that straights cannot.)

In other news, I might take up a regular gig reading tarot cards at a local venue.  I got the ok from the owner, that once I feel confident enough as a reader, he will give my skills a shot with a test reading, and see how I do, then go from there.  It could be a sweet little venture!

It's nice to finally get a sense I will be rid of my fear now... I hope this feeling remains strong as I continue with my spiritual evolution.