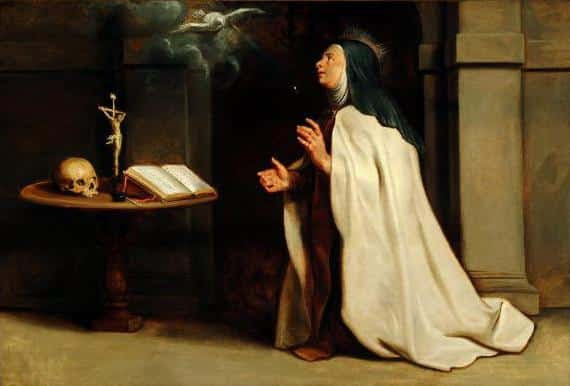 Some pretty interesting, otherworldly experiences have happened to me since this all began in 2006.  Though I am still trying to piece together that which was of Divinity versus that which was of darkness, it is worth discussing this phenomena on here, because it's pretty wild, to say the least.

Voices and visions were, of course, a common experience, hence why psychiatry decided I had schizophrenia, the doctors not being creative or open minded enough as thinkers to consider otherwise.  (Also, I seemed distressed a lot, so there's that factor.)  Some visions were glorious and almost certainly of Divinity, like the Eye of Providence ones I had that took my breath away, or the apparition of the angel with the trumpet that I saw when I first prayed to St Jude.  Others were so dark, disturbing, and putrid I refuse to detail them on here, they're disgusting, and so were clearly of the dark one.  Voices taunted, tormented, and repulsed me - sometimes I would hear sickening poetry whispered in my ear, as an example.  It was kind of like I was bombarded by them at all times for a long while - hence, why I needed medication to shut things down.  (And yet, the good visions and voices still made it through, loud and clear, even on drugs.)

Channeling was another factor, and became an aspect of my spirituality that was refined, little by little, overtime, after the St Jude invocation.  When I first began to speak as if automatic, it was coprolalia, and I would often walk around with my hand over my mouth a lot to silence it.  But the invocation brought a sense of control, and suddenly I could turn it on and off at will.  Foolish psychiatrists decided this phenomena was a psychotic symptom and amped up my meds to try to get rid of it (causing serious cardio and weight gain side effects), but that did jack shit - it's not something of dopamine, the meds did nothing to curb it, which was my argument against their logic.  The only thing higher doses did was actually refine the channel a bit, so that less interruption from the interference came though, so in fact it strengthened the experience.  (Also, automatic handwriting, and gestures through my body, as if a form of spirit sign language, would happen as well.)

The levitating rosary incident was one of the weirdest things I have ever experienced, and I still can't figure out if that was of Divinity or evil, but my hand hurt somewhat when it happened, so I suspect negativity caused it to happen.  Touching crosses burned for a while, the same kind of feeling you get when you accidentally touch the metal spokes of an electrical plug when pulling it from a wall socket.  One time, while wearing a silver Star of David, I had the sensation of soul torture, like I was being dissolved, while a voice screamed that I was wearing "the devil's metal"... oooookay!  [EDIT: Wow - I totally just Google searched "silver devil's metal" and apparently that's a thing people have said about silver before... so eerie, as I did not know that at the time of this experience!]

Another interesting thing that happened, shortly after Christ's invocation, was a kinetic eye thing, where my right eyeball, on its own, began to trace the shape of Christ on the cross, like a laser pointer.  That might sound eerie, but I was at the point that I was so used to phenomena I actually got excited and thought it was pretty fascinating.

There was probably a lot more I could talk about, but that's what comes to mind of what I experienced.  Some good, some bad... but the bad is less of an influence now than it ever was before, and the good still finds a way to communicate with me, medication or no medication.  Spirit finds a way.