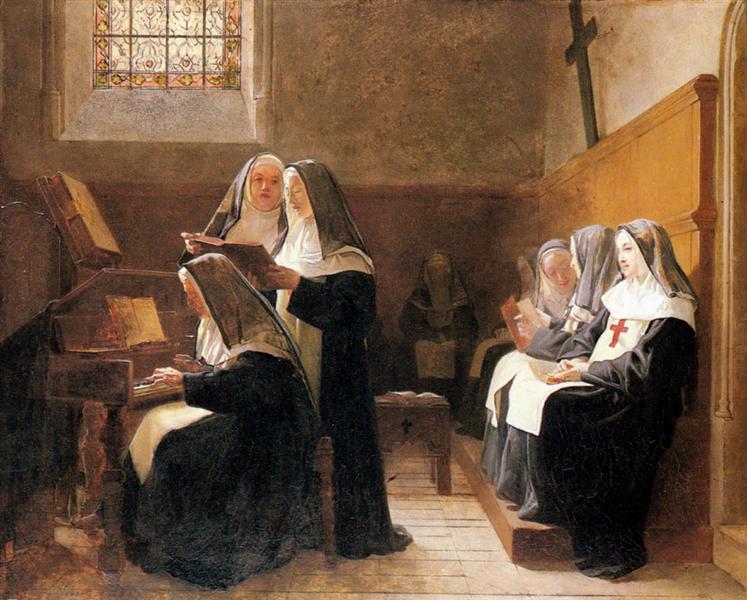 The stay at the convent was one of the more refreshing experiences I have had in recent times.  I was a bit wary of the idea at first, worried it would not go over well, that I'd be too much of a weirdo for that kind of environment - but the channeling insisted it would be a good idea for me, and I even drew a kite symbol through automatic handwriting, indicating metaphoric flight in some way... a lovely sign.  I thought I'd do a post about it - I am not going to name the convent on here, for fear that if one of the Sisters were to find this blog, I would not be welcomed back, because of my latex nun habit, and my tendency to drop F bombs... not very proper.

The convent itself is quite postmodern looking, so it wasn't like the old world kind you typically see in a Hollywood film, but it was still very lovely, and extremely clean.  Upon walking in, there's a very strong sense of Spirit, and the whole place radiates this.  There are religious books and items the nuns have made on sale in the hall that leads to the guest house.  You have to check in at the front desk, and then again in the guest house, where you pay your fees - there's a fee for each day you stay on a retreat.  (My retreat was private - I just wanted to get away from the city for a bit, and reflect on my own terms.)

There's a main library (and a smaller one in the guest house), a chapel, a cafeteria for meals (and the food was actually quite good!), some gardens, various rooms for activities, also - a stone labyrinth to walk for meditations, and the stations of the cross are in the woods, nailed to trees, which I found very unique.  All the guest house rooms are named after various saints, which is both cute and an easy way of remembering which room you're staying in (I was in St Lucy, the patron saint of people with eye problems).

At meal time, we had to stand for prayer beforehand, and then eat in silence, except on Sundays, where it was open for discussion.  The Sisters have their own section where they reside, and guests are not permitted to enter that part, obviously.  There are various prayer services in the chapel throughout the day... I only went once, as mostly I was in contemplation and private prayer.  There's a spiritual direction service, of which I had one session.

I stayed for three nights.  It was a really lovely experience, and I hope to return when I get the call to do so again, perhaps it will be an annual thing.  I don't recommend this kind of retreat for people who are not serious seekers - it's a very quiet place, if you want to listen to music it must be through headphones in your room, for example.  It's a place of reflection.  But a lot of Anglicans are pretty chill these days, they even had Harry Potter books in the library, and they are welcoming to people of all paths, from what I hear.