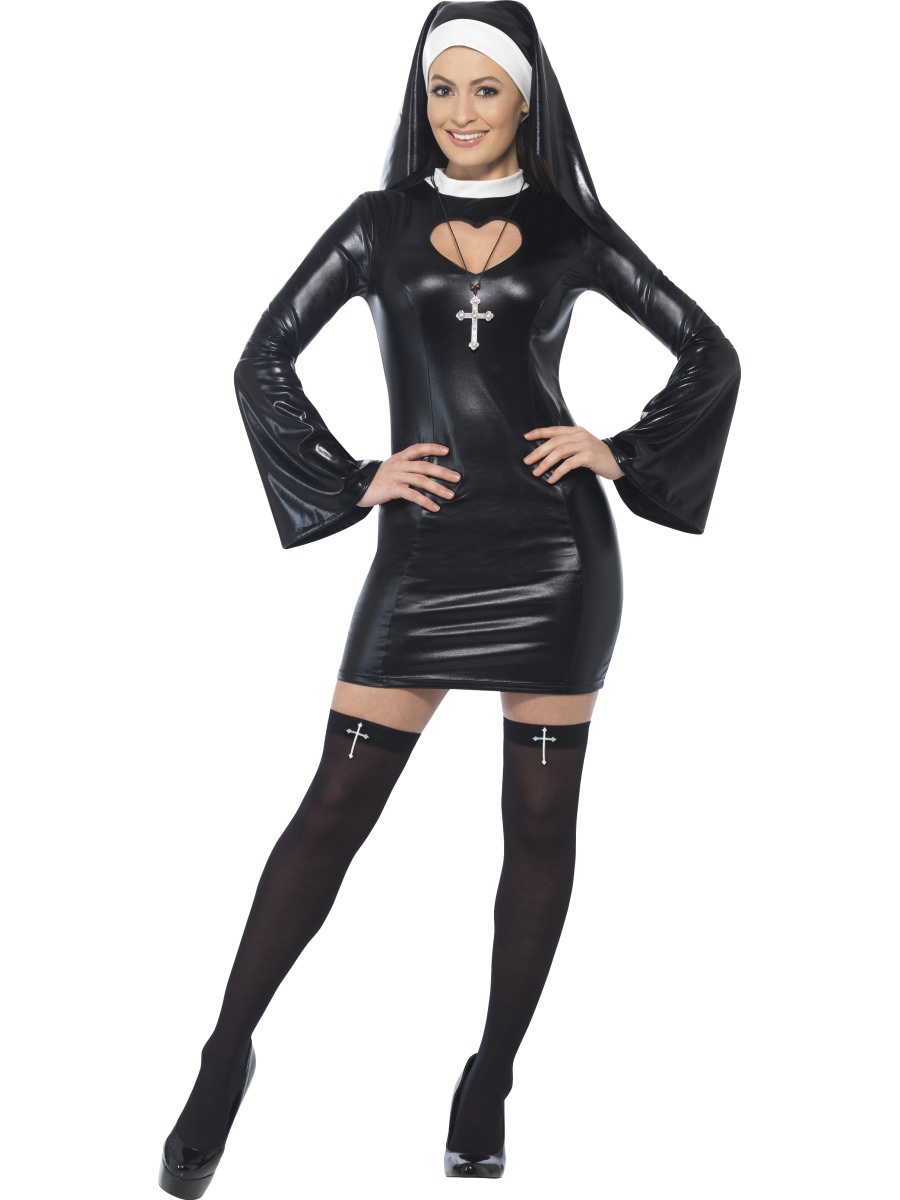 I often joke with spiritual friends that I am simultaneously the most devout, and yet the most blasphemous person I know.  I am devout in that I spend a substantial amount of time dedicated to my soul - I meditate up to 5 hours a day, utter prayers under my breath even when I'm at work or walking down the street, I try to go to the cathedral daily if I can help it, the Divine occupies my thoughts at all hours... I live it.  But, at least according to the average religious person, I would assume, I am going about things the "wrong" way.

First off, there's the latex nun habit - this is not a fetish thing for me, it's not my kink - it's a joke, it's my schtick, I joke that I'm one vow short of being a real nun, so I dress like the naughty, disobedient "Sister Penance" and have fun with that.  Poverty and chastity wouldn't be that hard for me to follow - I am very fond of the concept of non-attachment (it's good for the planet, for one thing), and hell - I am used to being poor anyway.  Chastity is easy because I'm Ace.  It's obedience that trips me up.  Going to the convent, I found out I couldn't even wear my zany cat's eye lenses if I was to become a nun, they're too "sexy" for nunswear.  That killed the deal for me, having to dress down... I'm an artist, I kind of need to express myself in various ways.

Also, I curse and swear like a sailor... I say "Oh, Jesus CHRIST" a lot, too.  I just get the sense no loving God would ever care about such things.  Basically, it boils down to me making light of all things humanity regards as being "sacred" that don't even seem ultimately relevant to true Divinity.  I snicker in church, I call the priest with the sexy seraphic voice "The Panty Dropper"... I drew Ganesha on a toilet one time.  But I keep going back to these things, not like some atheist who collects religious kitsch for the sake of novelty, but because there's a genuine draw there, and I can't stop paying attention to it.

I know religion seems absurd to many people, and much of it is, but at this point I feel such a strong connection to a higher source that I need some kind of model to follow to make sense of it, and the sciences are not going to provide me with that.  When people deem religion and spirituality obsolete due to the sciences, I remind them that religion and spirituality serve an entirely different purpose than science.  Certainly, religion sucks at describing the creation of the natural world, science is superior in that regard.  But religion gives people hope, purpose, and community, among other things, when done right.  Saying we don't need religion because we have science, to me, might as well be like saying we don't need the arts because we have science.  Different things altogether.  Also, I see religions as being like languages - depending on the goal of the seeker, and the way they go about their spirituality, one path might suit them better than another.  I do not see any religion as the "one true religion", however, some do seem better than others to me.

So yeah... I would say at this point I have gone from identifying as being merely spiritual to flat out religious, although my way of being religious isn't rigid, or even that traditional.  I follow models of things, rituals of Catholicism and ideas of Hinduism, but as a mystic I am constantly questioning everything, including my path itself.  I am willing to change my views on things as I grow.