The Left Hand Path: A One Way Ticket to Born Again Christianity

I often joke with a friend of mine (who is an Anglican Druid Golden Dawn guy) about how silly I find some of the Left Hand Path schools of spirituality.  Whenever I hear of some young thing getting into Satanism, Thelema, or similar stuff, I wonder how long it will be before they're wearing a cardigan, if they get too far into it.  Aleister Crowley died an impotent old man with a heroin addiction, not the most sacred thing in the world. 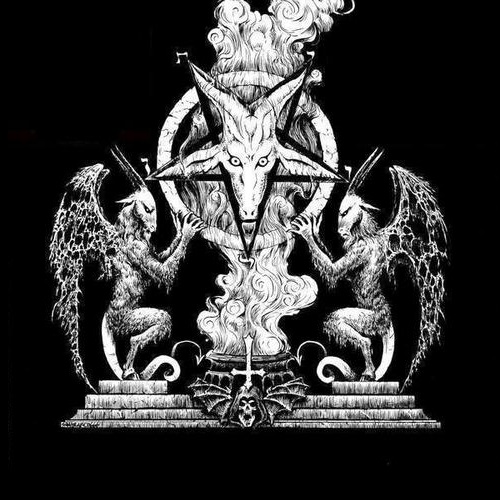 After some of the spiritual horrors I have experienced, I just can't understand why anyone would want to consciously invoke demonic forces.  It just sounds like an absolutely bloody stupid thing to involve oneself in, the mystical path is so much more rewarding, ultimately.  I have met several black arts occultist types who want to gain powers over others, stuff like that, and most, if not all, have had a funny look in their eyes - something between sorrow and anger.  I could be wrong but I trust Anahata is firmly shut for all of them (the heart chakra, a major psychic centre for true spirituality, and a centre that, when open, basically means you're a better person - funny that).

Don't get me wrong - I enjoy studying the occult, but I am wary of the idea of accumulating powers for their own sake now.  It just makes more sense to try to be friends with a God, do them a favour, and let them give you a siddhi or two if they like you, rather than to potentially lose your mind trying to gain them with forces that probably don't give a shit about you, ultimately.  Some of these LHP videos online are nuts, videos about how to curse your enemies, stuff like that.  Hey edgelords - maybe try being a better person, people will like you more, and then you don't have to practice weird dark shit all the time!  Backlash also scares the crap out of me, I have experienced it with pretty innocent spells, and I will get more into why that might have happened with a later post, I'm sure.

Evelyn Underhill, the venerated Anglo-Catholic mystic, has some interesting things to say about Magick vs Mysticism in her book "Mysticism: A study in the nature and development of spiritual consciousness".  Magick seems to be more ego based, ego driven, while mysticism allows one to go beyond ego and mind.  I would rather cultivate a friendship with God at this point, even without siddhis, than to be some prat going around trying to curse everyone who ticks them off.  That is a thing of the ego, and it will never lead to anything spiritually fulfilling.  But hey, at least you're edgy now and maybe some art chicks will want to have sex with you or something.

It's an embarrassing reality for many LHP types that if they go too far they might just have to invoke Christ to get out of some bad shit.  That's where my thesis statement comes into play.  Certainly when I was able to invoke Christ's aid, I felt Anahata aglow, and never did that feeling go away.  Christ was also a great gateway to Metatron, who helped me with my psyche, mindfulness, non attachment, taming the ego, etc.  One need not go into great elaborate ritual with ceremonial props (though I totally get how that's a blast to work with) - I have worked with this stuff on the dance floor, under my breath!

I have a little Bhakti shrine I use, something I will post a pic of later on, with various items representing those whom I concentrate on in prayer.  I dedicate a great deal of my time to this stuff - I was forced to, after the agony my soul encountered.  But the work I put into it was worth it, on various fronts.